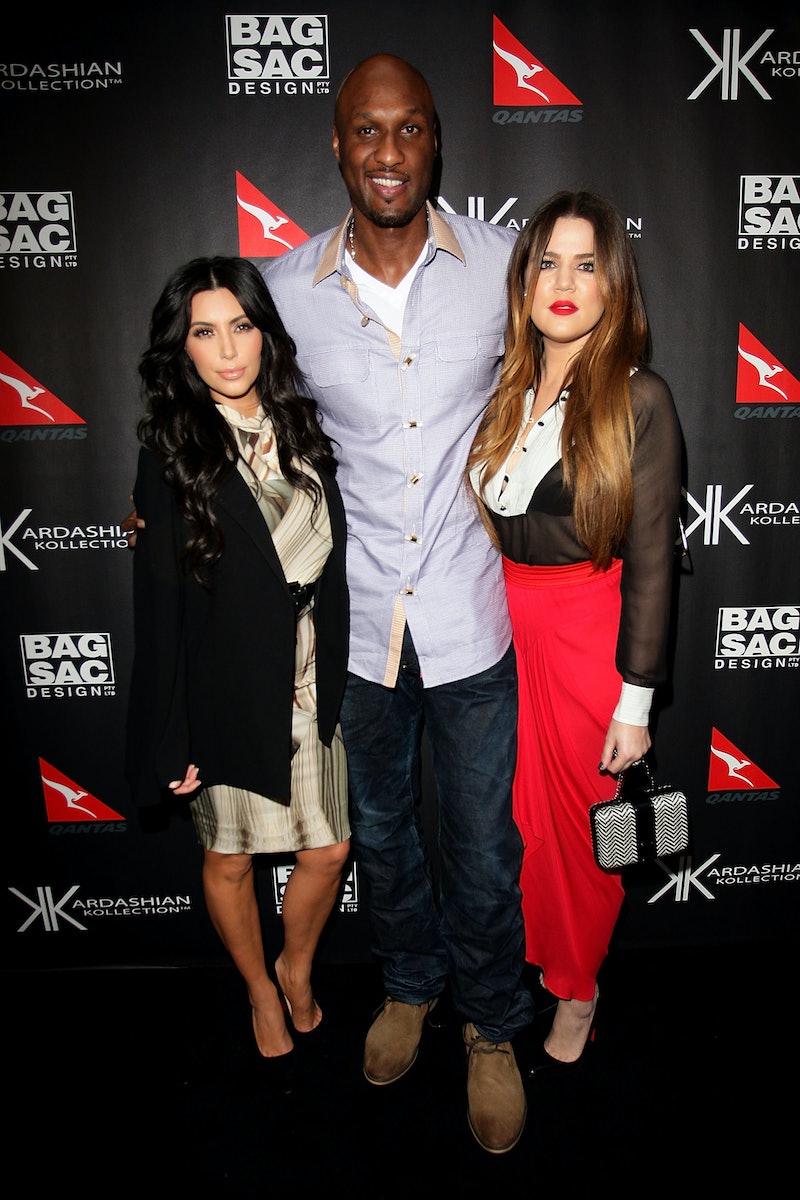 All week long, fans everywhere have been keeping hopes high for Lamar Odom as he fights for his life after being found unconscious at Dennis Hof's Love Ranch South last Tuesday. Although he still reportedly has a long way to go, sources claim he has made big strides in his recovery, by allegedly coming out of his coma and speaking to his former wife, Khloe Kardashian. And during this time, the former NBA player's family and friends have spoken up on his progress and shared how happy they are to see him healing. On Friday, Odom's former mother-in-law Kris Jenner posted a sweet tribute on Instagram, and on Saturday, Kim Kardashian West supported Odom with a touching post of her own.

Due to the fact that Kardashian West is one of the biggest names in social media, the Internet had been waiting for her to show online support for her former brother-in-law, just like her siblings and mother. A rep for Odom asked that fans respect his privacy and take all reports about his condition lightly, so it's nice to hear comments straight from his loved ones. When Kardashian West finally spoke up Saturday night with a heartwarming throwback Instagram, many fans let out a sigh of relief; it was so nice to hear her thoughts on Odom's condition, and see her share her support for a man who once was a major part of her family's life. Check out the sweet snap below.

Since Odom was hospitalized, the Kardashian/Jenner clan have made the diplomatic choice to not share many details of his progress on their social media accounts and apps to respect his privacy during this tough time. I completely respect their decision to do this, and people in the basketball player's camp have asked fans to remain supportive of Odom and his loved ones as they cope with the matter at hand. It was not until Thursday, two days after his hospitalization, that Odom allegedly began to make progress, and so it's understandable that his family and friends would be hesitant to comment publicly. Yet in recent days, not only has Kardashian West spoken up, but her mother, Kris Jenner, as well as Liza Morales, Odom's ex-girlfriend, and mother of his two children, have all shown their support.

I can only imagine Odom's family's relief at his alleged early steps in recovery, if the reports are indeed true. It must have been an unimaginably rough week for the star's loved ones, and it appears that one of their main coping mechanisms has been their faith. Prior to Kardashian West's post, Kris Jenner shared a religious quote with her followers, in a way of showing how much she cares for Lamar Odom and hopes for his speedy recovery. She posted this quote to her Instagram late Friday.

Thankfully for Jenner and the rest of Odom's loved ones, their prayers might be answered if recent reports are true. Since Friday, Odom has reportedly continued to make progress, having reportedly woken up from his coma and started breathing on his own, according to E!. But as his recovery continues, Jenner, and others in Odom's camp, have continued to ask for more well wishes from all of his supporters.

Bustle has reached out for comment in response to reports of Odom’s condition, but has not yet heard back.