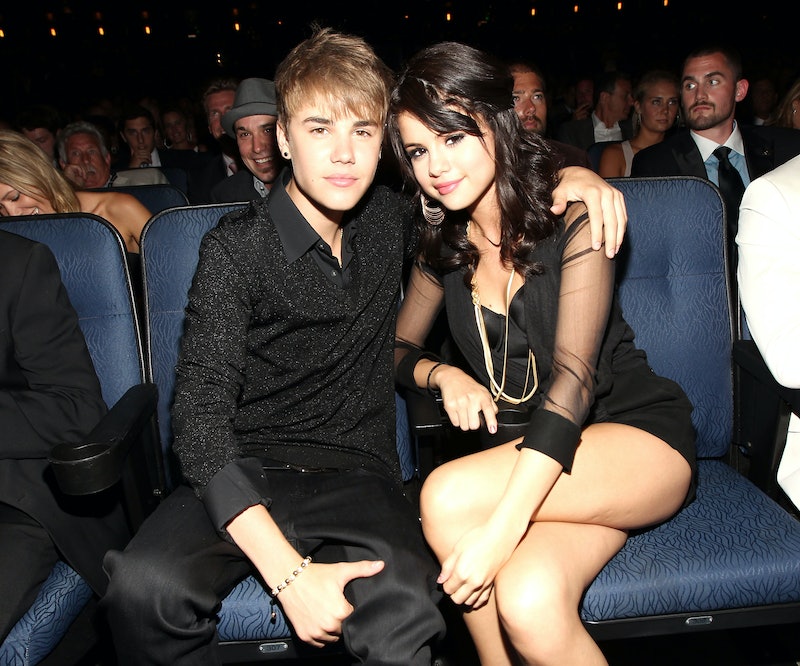 Much like Beyoncé or Drake before them, Justin Bieber and Selena Gomez released a duet early Saturday morning, October 17. The record, which doesn't seem to have an official title but many are calling "Strong" based on the words of its chorus, dropped on OVO Sound Radio and features lyrics about a couple trying to stay in love and work through their relationship. While the song is already blowing up the tabloids and causing many to guess whether the celebs are getting back together, I'm more interested in whether or not the Bieber and Selena duet "Strong" will be on Spotify, and if it'll be readily available for the public to stream it. The track has already been taken down from OVO Sound Radio and YouTube links of the track have been removed due to copyright claims, so I'm wondering now if the track will ever be released through regular channels.

If history proves anything, it's likely that the song will appear on Spotify soon enough. Now the fact that it has already been taken down from OVO Sound Radio could mean that it was meant to simply be a brief teaser for the song and Bieber's upcoming album, rather than an actual way to listen. Yet considering that Bieber's music is all over Spotify, as is Gomez's, it's likely that their respective labels will end up placing their duet on the service, as well. But when that potential release will happen depends on several factors — most importantly how it ties to the musicians' respective albums.

So it all comes down to one major question: Is the record an official single for either of the two singers? Gomez's newest album has already been released; Revival came out on October 9. Justin Bieber's new album, Purpose, which features other hit singles like "What Do You Mean," won't be released until November 13, according to an interview Bieber gave on the Tonight Show Starring Jimmy Fallon. So it's possible that Bieber and his music producers are currently waiting to do a bigger release of "Strong" (or whatever it's truly called) on all major channels, including Spotify, once the album release date gets even closer. Or, possibly, Bieber could have just teased the song for one night to entice more people to buy or stream the album on places like Spotify when it actually is released next month.

Either way, the former couple definitely has people talking loudly about what the song means and where they can find it. I believe the song will be on Spotify soon enough, and when it is, we'll all be listening to it way too often.