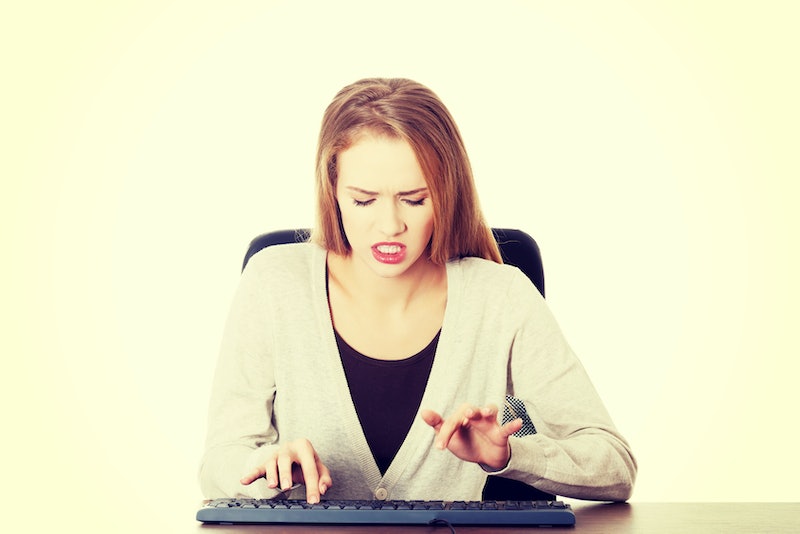 It's easy to lament that snark is taking over the world when someone is mean to you on the Internet, but is that really true, and what are we supposed to do about it anyway? In 2013, some public relations professionals tried to get "Snark-Free Day" off the ground, apparently to be celebrated each year on the second Tuesday in October. But this short-lived holiday hasn't appeared to gain much traction, and it doesn't look like it's being celebrated at all this year. That's just fine with me, because the very mild war against snark is an ill-conceived one in the first place. What the world needs isn't less criticism, it's better criticism.

On Oct. 22, 2013, Snark-Free Day made its debut, as the brainchild of PR Consultants group, "a collaborative of PR agencies in the top 50 U.S. markets." The first Snark-Free day even had its own promotional video, though as far as I can tell, the day was not a huge hit. I tend to agree with Alexandra Petri who argued in the Washington Post that Snark-Free Day is neither feasible, nor totally desirable. It just doesn't work to tell a bunch of snarkers to please be serious for a minute. And much of snark actually consists in well thought-out, pointedly expressed criticism. Criticism, after all, has always been a genre and a type of communicating. Perhaps "snark" is just a subtype of criticism that's having its place in the Internet sun right now.

The PR Consultants group organized a second Snark-Free Day in October of 2014, but if it's happening this year, it doesn't appear to be as big a deal. Though I suppose there's a small chance that they succeeded in completely eradicating snark last year, it's much more likely that people are realizing that fighting snark just isn't popular in practice.

I'm reminded of Tom Scocca of Gawker's famous point: that snark is necessary in a world infiltrated by its opposite, "smarm:"

Smarm is a kind of performance—an assumption of the forms of seriousness, of virtue, of constructiveness, without the substance. Smarm is concerned with appropriateness and with tone. Smarm disapproves. Smarm would rather talk about anything other than smarm. Why, smarm asks, can't everyone just be nicer?

Being nice isn't bad, but being critical isn't bad either — it all totally depends on the context. The problem with the world isn't criticism, it's bad criticism. Critics of snark would have us believe that everyone being a little rough in their comments is some nihilist who is just out to entertain themselves without caring what the effects on general discourse are. But on the other hand, "no haters" is only a good philosophy for an environment where there's nothing worth hating. In that sense, deploying snark is actually a way to take a stand for values. No, nothing has changed since the last Snark-Free Day, but I'm glad. I'll stop being snarky when stuff stops deserving it.