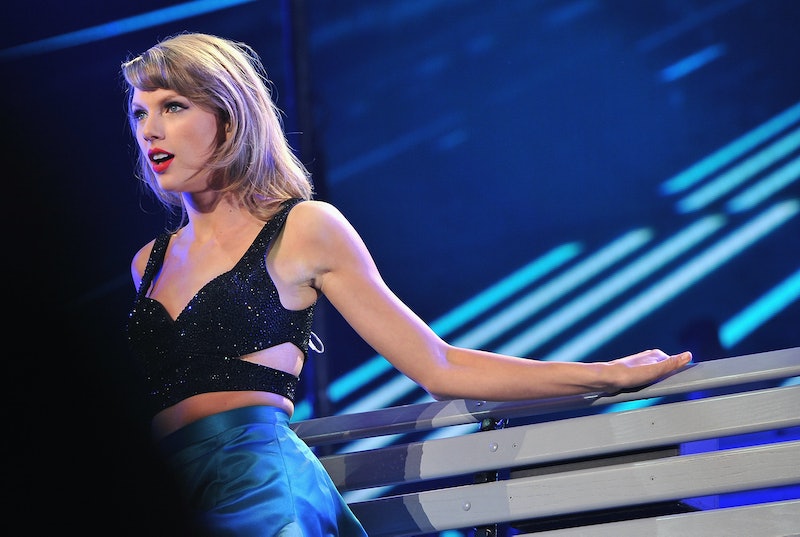 Though Taylor Swift is one of the most talented and prolific songwriters of my generation, she unfairly gets labeled as someone who kisses and tells because so much of her music is about past loves. Well, so what? Most songwriters write what they know or write about feelings and situations they are experiencing, so what makes Taylor Swift writing about boyfriends and friends so strange? I’ve never understood why people care so much about who Swift dates. She’s young, she’s rich, and she’s beautiful, so why not cause (or suffer a few) heartaches before she settles down?

It’s been five years since Swift released Speak Now , which included hits like “Mine” and “Back to December.” In honor of this anniversary, I say, let’s embrace what everyone says about Swift and really dive deep into what relationships allegedly inspired the (now) classic tunes of Speak Now . I’ve read articles, dug through the secret messages in the liner notes (because I do, of course, own Speak Now on disc like a real old person), and did some love life research on whom Swift was dating when the album came out (and of course during the writing stages). Here’s a look at what my exhaustive search has found me. Note: not all songs can be tied to a relationship, so this isn’t the full track listing — only the ones about problem boys.

The liner notes for this song spell out “TOBY”. The guy who starred in the video for “Mine” is named Toby Hemingway, and apparently Hemingway and Swift dated for a bit after the video shoot. I don’t really remember hearing about this, because he wasn’t famous, but this makes sense if the song is indeed about him. Seems pretty open and shut to me.

Doesn’t everyone know that this song is allegedly about Taylor Lautner, who Swift dated for a little after they filmed Valentine’s Day together? Entertainment Weekly even has a whole timeline of the their relationship.

This is obviously a romantic song, but it’s about a woman who interrupts her ex-boyfriend’s wedding to break it up before it’s too late. None of Swift’s key relationships have ever married, so this is probably a red herring. You got us on this one, Tay.

A song about an older man taking advantage of a younger girl? Those who has kept up with the tabloids guessed this song is about John Mayer. He’s like, 15 years older than Swift, and the two had a rumored fling when they were working together on some music. This song does not paint him, or whoever it is about, in a great light.

“The Story Of Us”

The message in the liner notes on this song is “CMT AWARDS”, and Swift has said that the song is about an awkward run-in with an ex at an awards show. So which of Swift’s exes would have been at the CMT Awards? My guess is John Mayer, because he’s the only one that has any inkling of country or bluegrass in his music.

The liner message for “Enchanted” says “ADAM”. Who has Swift ever dated that’s been named Adam? No one I can remember, so maybe this one is just a one-off song Swift made up.

This song is not about an ex (or so the general consensus says), but more about the girl that stole an ex away. Camilla Belle dated Joe Jonas after Swift did, and Swifty may think Belle snatched away Jonas. This song is kind of crappy and slut-shamey to be honest. Taylor, I'm so glad you’ve grown since then.

No idea who this song is about. The liner notes of the song say “STILL TO THIS DAY,” so it really could be anyone that Swift has any ounce of regret about. Jury’s out.

God, I love these liner notes. The one for this song says “FOREVER AND ALWAYS,” which happens to be the name of the song that Swift wrote about Jonas and put on her Fearless album. This is not as angry a song as “Forever & Always”, and I appreciate her thought in that.

You go, Taylor. You keep writing these songs and fighting the good fight. I can’t wait to hear what you come up with next.