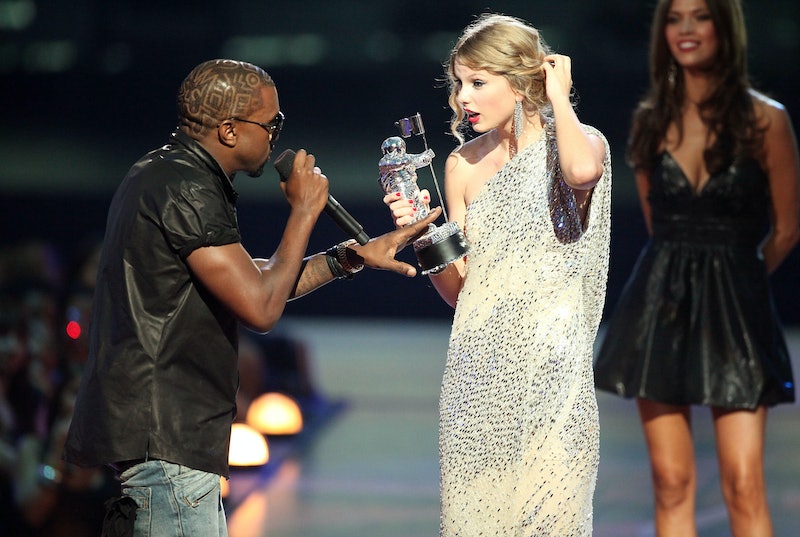 One of the biggest moments in the MTV VMAs history was when Kanye West stage-crashed Taylor Swift. Years have passed and Swift and West played nice at the 2015 Grammys, but pop culture isn't over making references to the gaffe on a regular basis. The feud was put to rest once and for all when Swift made a speech about West at the 2015 MTV VMAs, showing how far they've come. The two were even rumored to be collaborating together and the "Wildest Dreams" has clearly moved on, although Swift recently revealed why she cried at the VMAs.

“When the crowd started booing, I thought they were booing because they also believed I didn’t deserve the award," Swift told GQ. "That’s where the hurt came from. I went backstage and cried, and then I had to stop crying and perform five minutes later. I just told myself I had to perform, and I tried to convince myself that maybe this wasn’t that big of a deal."

At the time, Swift was commended for her eloquence in handling the situation. She even seemed to make peace with West, writing a song called "Innocence" that is reportedly her forgiving him. But, as it turns out, her grace in moving forward extends beyond that.

"But that was the most happenstance thing to ever happen in my career," Swift continued. "And to now be in a place where Kanye and I respect each other — that’s one of my favorite things that has happened in my career.”

Let's recount a few of Swift's accomplishments: A record-breaking album in 1989, winning multiple Grammys over the course of her career, and even an Emmy Award. To put what should have been a mortifying situation so high on her list shows an immense amount of maturity. To have moved to a place of mutual respect with West shows even more. And, guys, we can all learn from this.

It's never easy being the bigger person. I can't imagine how difficult it is while under intense scrutiny. Yet Swift overcame the awkward moment and we should emulate her positive attitude. Because she was able to move forward, she might collaborate with the rapper, she's expanded her own career potential, she's reinforced the power of forgiveness — no "Bad Blood" puns necessary.