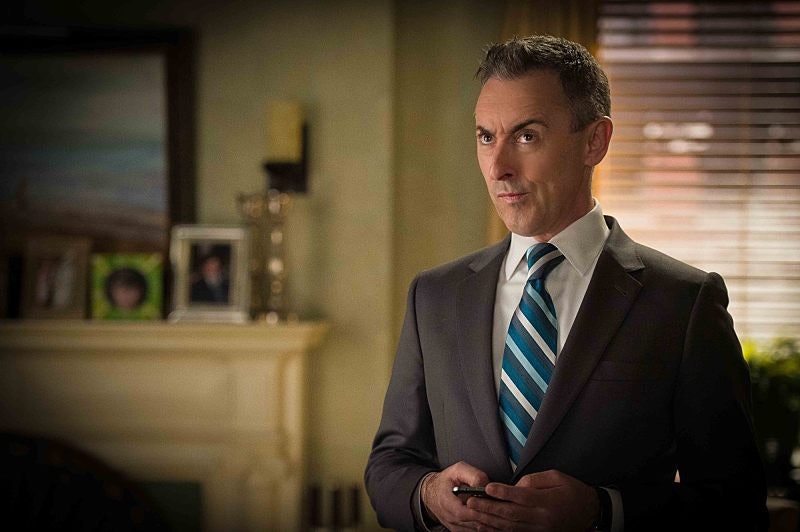 In the history of The Good Wife, Eli Gold has never been an easy character to pin down. Is he good, is he bad? Is he #TeamAlicia or #TeamPeter? Is he the best part of the show, or the worst? (JK, he's obviously the best.) Never has his slippery morality been more clearly established than in Sunday night's episode, "Cooked," which ended with Eli undermining an FBI investigation to make a political move behind Alicia's back. But, is it part of a larger plan? What is Eli up to on The Good Wife ?

OK, let's go back to the beginning. Sunday's episode of The Good Wife found Alicia getting caught in the middle of a secret FBI sting hoping to catch Judge Don Schakowsky of bond court taking bribes. At first, Alicia had no idea she was being used as part of an FBI operation, but once she realized the FBI might be involved in her case, she went to her campaign manager, Eli. Now, in Alicia's defense, she has been screwed over by the authorities before (remember when the NSA was tapping her phone calls?), so it's actually pretty reasonable for her to think that her case is an elaborate FBI sting to incriminate her or her husband. Unfortunately, when Alicia realizes the truth, she tells Eli to back off and reveals the true target of the investigation. It isn't until the end of the episode that it's revealed that Eli decided to warn the judge against taking a bribe in the case — but why?

Well, this is Eli Gold we're talking about. Naturally, he wants a favor. "I need a little help with Frank Landau," he told Judge Schakowsky. For those of you who have either forgotten who Landau was, or simply never cared, he's the chair of the Democratic National Committee. You know, the one who screwed over Alicia and found her guilty of election fraud even though they set her up? The one who asked Alicia to be on the board last week and required her to vote his way in a secretive case we still don't know about? Yeah, that Frank Landau.

Now, I fully want to believe that Eli hopes to destroy Landau as part of his pact with Alicia. He did, after all, tell Alicia he would help her do just that last week. Still, is it possible that Eli is really not #TeamAlicia after all, but #TeamEli?