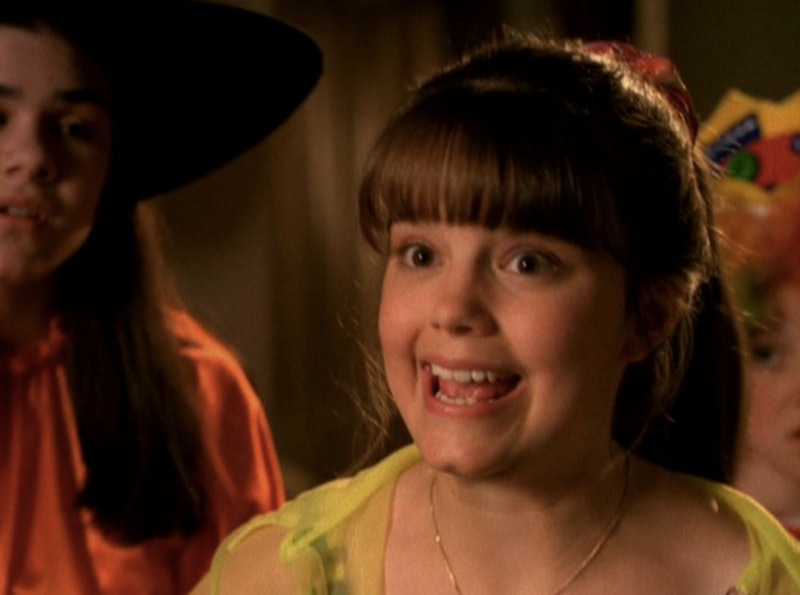 Being an immigrant meant missing out on a few traditions that my American friends got to experience growing up. Sleeping over at a friend's house was considered weird for awhile. Why would you sleep at someone else's house when you have a perfectly nice bed at home? You can't explain that it's not sleeping that you are looking forward to, it's the ritual of bonding with your fellow man! But the one tradition I feel bad about missing out on has always been trick-or-treating as a kid.

I didn't really know Halloween existed until I was around 10 years old. I remember coming home from Hebrew school and noticing that the streets were flooded with kids and adults, wearing costumes and carrying buckets. I soon learned that this was a yearly tradition. I also learned that I was not a part of it.

If you have never been trick-or-treating than you can relate to that sinking feeling every Halloween. Things are about to get turnt for some kids and you are left doing the stanky leg all by yourself. I'm here for you kids. And below is my list of things that happened when your parents didn't let you trick-or-treat on Halloween:

In an attempt to keep me from going up to strangers and asking for candy, my mother would tell me the Halloween horror stories that made rounds on the local news. Razor blades in apples, poison in candy. My personal favorite was always the kidnapped kid story that seemed to get grosser every single year.

Nothing got me out of the trick-or-treating mood quite like being told that it's impolite to beg. Which, in case you were wondering, is in fact the basis for Halloween.

Remember Halloweentown? The movie that made you believe in magic and introduced you to the bad-assery of Marnie Piper? Well, every year it would come on Disney Channel in the early 2000s, and every year Marnie would disobey her mother and go to Halloweentown. In case you cannot make the connection, I felt like I was Marnie. And every year I wouldn't have the lady-balls to disobey my folks.

You start to hate every one of your friends that brought home a bucket of sweets. You would yearn to get your hands on the assortment of sugary treats. Alas, you could only watch from afar, for that was not your bounty to eat.

5. You Made Up Excuses

Um, well, you see ... I'm actually going to Canada and wont be here for Halloween. My pet fish died and I'm in mourning. Next year, I'll totally join you guys. Those are just some excuses I would have to come up with in order to explain why I couldn't go with my friends, but without sounding like a complete dweeb.

6. You Make Up For It In College

Once you grow up into full raging adulthood, you quickly realize that there is something better than candy, like:

That second one especially.