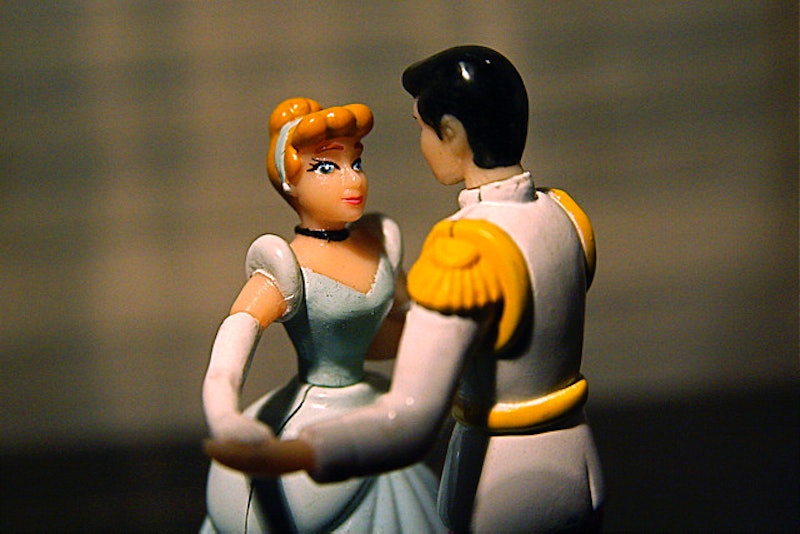 Halloween is the best holiday. Can we all just agree on that? Costumes, parties, costume parties, spooky stuff, massive amounts of candy, and pumpkin-flavored everything. There's not a single downside... except maybe deciding what you'll actually dress up as this year. There are too many choices! Which is why Influenster's list of popular Halloween costumes by state is so handy: this way, you know what not to be, so you can really stand out and be a glittering Halloween star.

...Is that not how everyone approaches Halloween?

In case you can't tell, I get really amped by costumes, a fact my friends will all grumpily attest to. Planning begins in August, strong-arming my BFFs into a convoluted group costume usually starts in early September, and by this point in October I'm juggling three to four different ideas and trolling Amazon to see which concept will cost the least amount of money to execute. I currently have my eyes set on a goldfish, because nothing hurts one's eyes more than a ginger covered in gold and orange sequins.

Now, goldfish, thankfully, is not on this list, and most of the popular costumes are very much what you'd expect: mermaids, princesses, etc. Although it's not on here, my money is on Sexy Pizza Rat making a surprise breakthrough.

Here are five of the most popular ideas, as determined by the fact that they ranked highly in multiple states; head here to see the list of which costumes made the cut for all 50 states.

Indiana and New York love Snow White, and Elsas across New Hampshire and North Carolina will be screeching their best "Let It Go" impressions. Both Ohio and West Virginia chose the classic Cinderella, and while Alice in Wonderland isn't technically a princess, she's definitely Disney royalty, a fact California and Arkansas would happily argue. Now, Florida and Georgia both went with Pocahontas, which... guys? Come on. I know "Colors of the Wind" was a great song, but it's still cultural appropriation.

Alaska and Idaho are both big zombie fans, and I could make a goof about how I'd have to be a member of the walking dead to live in either of those states — but I won't, because I'm from Ohio, and let's be real: That's not a whole lot better. So instead I'll mention that the restaurant where I work is having a Halloween party and I kind of just want to go as a zombie employee because working exclusively brunch shifts kills my soul.

Actually I'd still like to be employed there, so I think I'll go as a goldfish instead.

Maybe people were influenced by Rihanna's sensational costume last year (check it out here, it will change your life). Maybe people just really like the cartoon or that weird live-action version from the '90s. Regardless, Rhode Island and Washington have their hearts set on being America's favorite pizza-loving, crime-fighting, muscle-bound reptiles. Cowabunga!

So, Virginia and Texas both went with "simple skulls," which I'm assuming means skeletons? Unclear. Maybe just humans walking around with skull heads which, admittedly, is very scary and strange. A word of advice, though: Unless celebrating Dia de los Muertos is a part of your culture, stay away from dressing up as a sugar skull. Again, that's cultural appropriation, and Halloween doesn't give you a free pass to be racist.

Personal fave. That mermaid GIF, right up above this sentence? That's who I am, inherently, on the inside, and Halloween-minded humans in Pennsylvania and Minnesota agree. Mermaids are the best of both worlds, sometimes they drown sailors, they're really pretty, they are most likely BFFs with a dolphin or a whale or a shark, and, uh, yeah. They're the bomb.