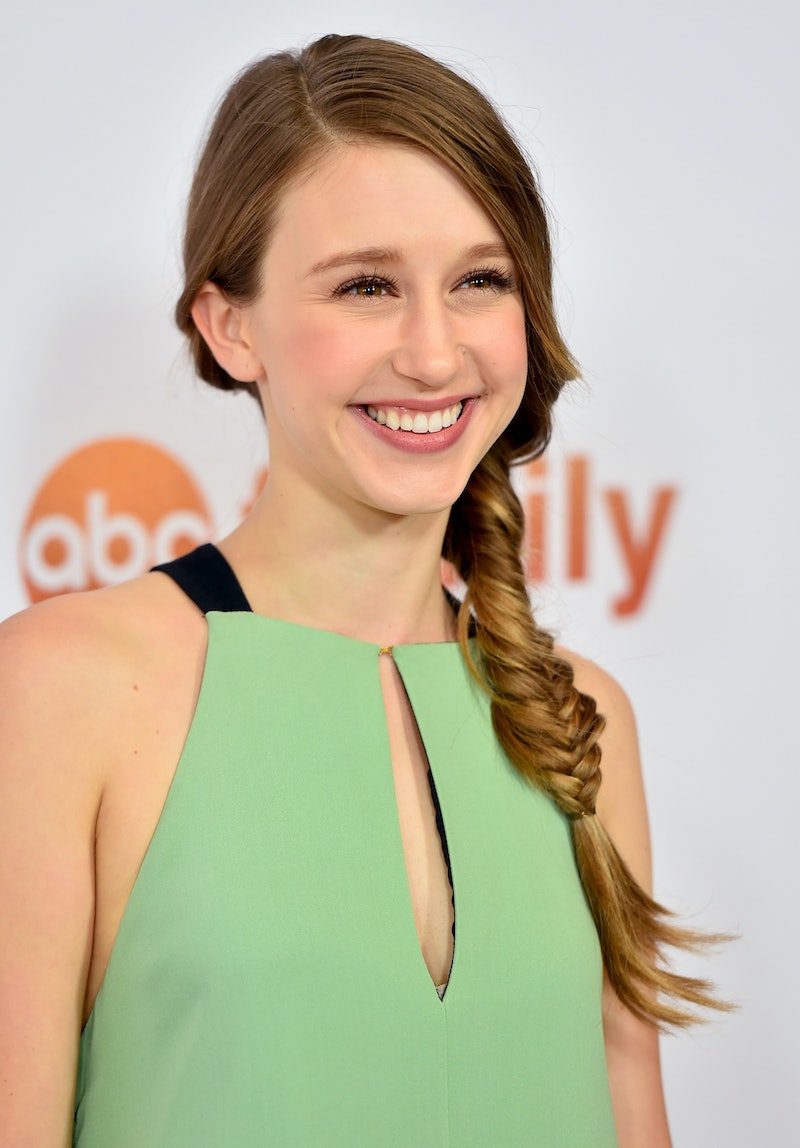 There is no denying that American Horror Story has introduced us to some pretty fantastic characters throughout the years. However, it's equally important to state that it's also given viewers a newfound appreciation for the actors themselves. I mean, before AHS came around, many young TV-watchers didn't even know who Jessica Lange was, let alone the type of raw talent she brings to every part she plays. Watching these performers morph into their roles is a truly magnificent sight to behold, so it's only natural that we want the same actors to keep returning to the series each and every year. Which is why I'm eager to see whether or not Taissa Farmiga will appear in American Horror Story: Hotel at some point throughout the season.

As many diehard AHS fans know, Farmiga first wormed her way into our hearts with her portrayal of Murder House's sassy and misunderstood Violet Harmon. And after taking a year off from the series, she returned to the horror fold once more as Coven's witch-in-training Zoe Benson. Then, just like before, the actress took the following season off. If this pattern persists, I'd say Farmiga is more than due to make her grand return in Season 5, and thanks to Hotel 's direct connection to Murder House , there's a perfect way to go about doing so. (Warning: Murder House spoilers ahead!)

By the end of Season 1, the Harmon family became permanent ghostly fixtures inside of Murder House, fated to haunt those hallowed halls for all time. So it's definitely not out of the question to think that a few special guest appearances could pop up once we venture back to that horror dwelling. It would probably only be for an episode or two, but Violet could pop up and give any Hotel visitors a fun little fright. And hey, it'd be great to see what she's been up to for the past few years. (Do you think her and Tate were ever able to smooth things over?)

Of course, this is all just pure speculation on my part, none of which has been officially confirmed. However, Bustle did get the chance to prod Farmiga on a potential return to the AHS world not too long ago — an idea that she seemed extremely open to at the time. "I think it's still up in the air… You never know. I would totally pop back in and say hi for a minute." So make of that what you will, but all signs seem to indicate that if Ryan Murphy gives her a call, she'd be more than happy to rejoin the AHS family. And you just know that the Hotel cast would welcome her with open arms. As would we.