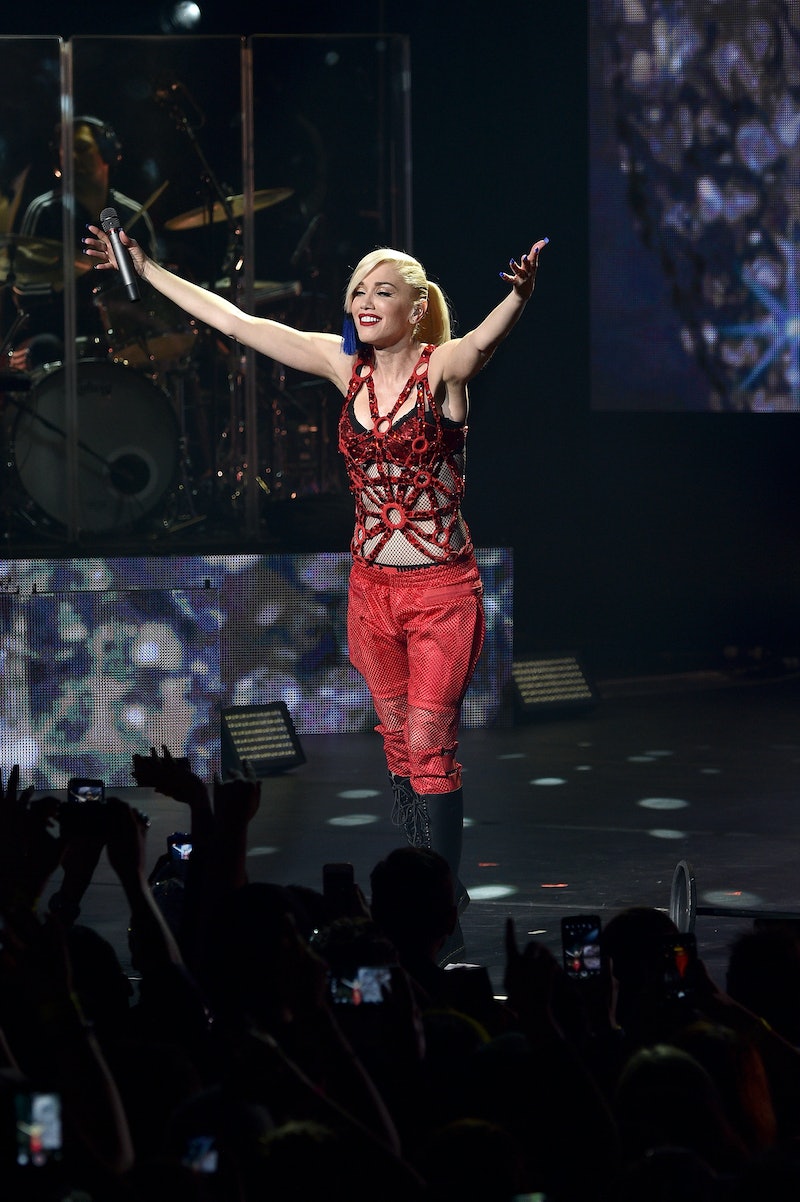 Calling all Love, Angel, Music, Baby fans: Over the weekend, Gwen Stefani premiered "Used to Love You" — a new single from her upcoming solo album — and it's a seriously powerful breakup ballad that may have some real-life inspiration. The emotional song, which finds the "Hollaback Girl" hit-maker questioning how she fell in love with her ex in the first place, arrives just a little over two months after she filed for divorce from singer Gavin Rossdale, her husband of 13 years. On Monday, Stefani's record label, Interscope, posted the studio version of "Used to Love You" online, and it's clear that it's a fantastic "comeback single" — a tremendous improvement over "Baby Don't Lie," which came and went without making much of an impact in October 2014.

Don't get me wrong, I like "Baby Don't Lie," but as I noted when the track debuted, it lacks Stefani's unique personality. It's catchy, sure, but it's not very original or affecting (though its lyrics about a rocky relationship seem oddly prophetic now). "Used to Love You," on the other hand, recalls some of the 46-year-old artist's best ballads, like "Cool," "Early Winter," and "4 In the Morning." It's obvious Stefani feels deeply connected to the song's lyrics. Believe me, when she repeatedly sings, "I don't know why I used to love you," during the climax, you feel it.

With any luck, "Used to Love You" will become a hit and Stefani will finally be able to release that solo album she's been working on for quite some time now. (The long-awaited follow-up to 2006's The Sweet Escape was reportedly supposed to arrive in December 2014, but it was pushed back, presumably due to the general public's lukewarm response to "Baby Don't Lie" and promotional track "Spark the Fire.") I'll keep my fingers crossed.

According to Stefani's Instagram, "Used to Love You" hits iTunes on Monday night.

More like this
Michelle Heaton’s Husband Is Her Biggest Supporter
By Darshita Goyal
Jin-young Reflected On His Relationship With Seul-ki After 'Single’s Inferno'
By Brad Witter
Love Is Blind’s Natalie Claims Shayne Signed Up For 'Perfect Match' While They Were “Still Together”
By Brad Witter
Who Is Pete Davidson Dating? He & Chase Sui Wonders Got Caught Kissing
By Jake Viswanath
Get Even More From Bustle — Sign Up For The Newsletter
From hair trends to relationship advice, our daily newsletter has everything you need to sound like a person who’s on TikTok, even if you aren’t.