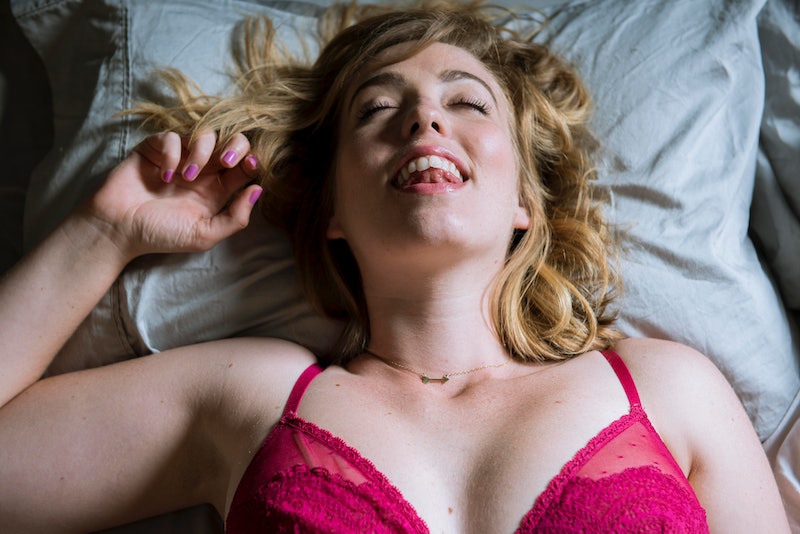 There was a time when air guitar was something you did alone in your basement while watching Headbanger's Ball on Saturday night. Today, it's a worldwide phenomenon, taken seriously (or almost seriously) by thousands. Similarly, air sex is something you did to entertain your friends on the playground to show them your supposed bedroom prowess, and now, it, too, is gaining national notoriety.

As the Air Sex Championships get ready to roll into Philadelphia this week, folks from near and far will come together to see how many different ways you can simulate sex with an invisible partner. The props and costumes are entirely up to the performer, hindered only by their perverted imagination. Even if you can't make it to Pennsylvania to see for yourself, there is a movie about the phenomenon, plus lots of fun video clips on YouTube to whet your air sex appetite. Here are five facts that you should know about art of air sex:

The New Orleans/Austin-based comedian started the movement as a one-off comedy show riffing on air guitar. That was in 2007, and air sex is now a nationally-touring affair.

2. There Are Two Rules Of Air Sex

According to a feature in GQ, air sex has two distinct rules. First, you can only have sex with an imaginary partner, and second, you cannot actually climax during your performance — although it is of course encouraged that you pretend to do so.

3. Participants And Fans Are Called "Airsexuals"

There are pansexuals, sapiosexuals, and now, airsexuals. Air sex isn't just a lifestyle, it's an orientation :D

If you think air sex is a bunch of guys pretending to air hump an imaginary lady, think again. According to the official air sex rules: "all ages, races, body types, and gender identifications are welcome to sign up and become part of the bizarre spectacle."

More like this
I'm 42 & I've Never Had Sex. Is It Too Late?
By Sophia Benoit
Meet The Disney Imagineer Bringing 'Guardians Of The Galaxy' To Epcot
By Charlie Mock
Why The '365 Days' Sex Scenes Are Good, Even If The Movies Aren’t
By Arya Roshanian
Your Moon Sign, Explained
By Nina Kahn
Get Even More From Bustle — Sign Up For The Newsletter