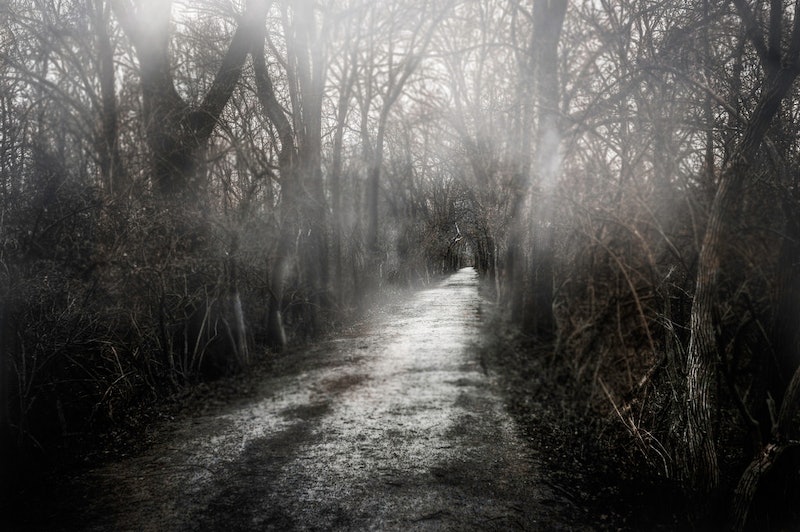 October is the perfect time to tell stories of things that go bump in the night, to scare one another until maybe we're all crying from fear, and to consume mass amounts of spooky-minded media. To help you meet your Halloween quota, here is a video of the weirdest creatures ever spotted on Earth — allegedly. Some of them might be catfishing us just like the Loch Ness Monster, but they're all still pretty creepy regardless. The point is that someone thought they saw all of them at one time or another, so they could be out there.

A few things before I go further: the production quality of this clip is, uh, questionable. The YouTube channel that posted it is called NatGeo Times, which uses the same format as some of National Geographic's other satellite YouTube pages (NatGeo Wild, for example) — but the weird creatures video is literally the only other video on the page, and there are no links out to any other social media pages, either those run by National Geographic or not. It may, therefore, actually be a hoax orchestrated someone hoping to capitalize on National Geographic's fame. I also have to ask the following question: Did someone find a copy of that list of science fiction characters I brainstormed when I was 8 and then used it as the basis for this video? Maybe. Very, very maybe. But since I am gullible, I will take these tales of unexplained creepy creatures at face value. It's Halloween season after all, right?

Here are my five favorite ones (with a few more videos for additional information), mostly because they are so silly and ridiculous, but also because I like to imagine them all hanging out together in my as-yet-unwritten-future comic book series, The Spoopy League. Scroll down to watch the full video.

1. The Furry Mysterious Creature On Beach

OK, do you see why I was suspicious, though? This is literally the first thing on this very serious list of unexplained creatures. This is what they called it. I just... guys, come on.

Anyway, a "furry mysterious creature" washed up on Russia's Sakhalin Island, with the beak and tail of a giant bird, but the size and water-dwelling habits of a dolphin (its body was twice the length of a human). Also it had very long fur. "Experts" are stumped. Which experts? I don't know. The automated voice narrator man wouldn't tell me.

In 1966 in West Virginia, five gravediggers spotted a man with giant wings flying above their heads. Soon after, two separate couples driving in the dark saw a man with 10-foot wings and glowing red eyes. A year later, the Silver Bridge, which was close to all those Moth Man sightings but was not actually where anyone saw the Moth Man, collapsed, killing 46 people.

Said to have survived two of the Earth's largest mass extinctions, the mythical 500 million-year-old mollusk is, honestly, the most believable thing on this list. Most of the deep ocean is unexplored and of the creatures they have found, it's some crazy sh*t.

However, "barely spotted by a handful of people" is not, like, a great vote of confidence towards the existence of the world's rarest creatures.

The Pope Lick Monster, a half-man, half-goat creature, apparently lurks in the woods on the outskirts of Louisville, Ky., and lives under some train tracks where a lot of people have met untimely ends over the years. The very un-doctored photo in the video is proof, I guess? Or... something.

People believe that spotting the Pope Lick Monster is a sign of bad luck, because whenever they did, "something bad would happen." What bad thing? Eh. You know. Just general bad stuff.

"Legend has it" that in 1740 in the Pine Barrens of New Jersey, people summoned a minister to perform an exorcism on a creature haunting the area, and that creature was the Jersey Devil, believed by many to be the 13th child of Jersey resident Deborah Leeds. Over 2,000 people have reported seeing the Devil, though their descriptions on what it looks like wildly differ. Shockingly.