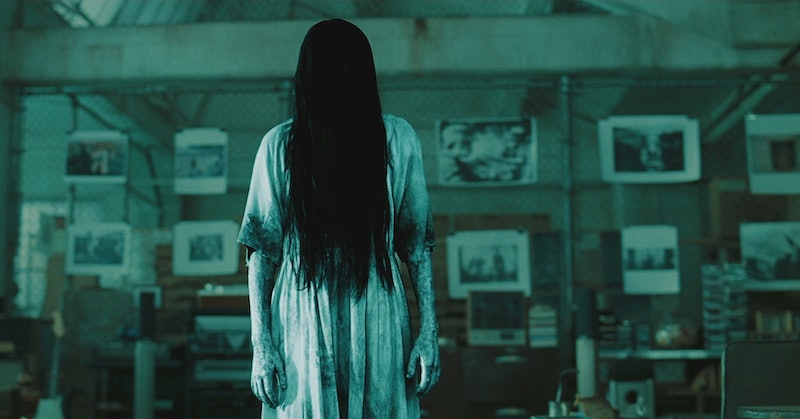 I don’t know about you, but there are still a number of scary movie villains who, if I only vaguely think about them or the movies that they were in, can scare the living daylights out of me. Even worse, if I make the mistake of picturing one of them hovering over their victims or crawling spastically across the floor, I am rendered totally useless for the rest of the day. One memory of these villains and I will be looking behind me for the rest of the day and having to sleep with all of the lights on that night.

But isn’t this what makes a really good scary movie villain? Someone who is uncanny enough to make you forever terrified, no matter what else you forget about the movie or what happened in it to actually terrify you? Because, while the following villains might be the characters I hate to remember, it’s because they are some of the most bone-chilling, dream-wrecking, terror-inducing villains that have graced our lives and the big screen. In other words, these villains make the perfect addition to your scary movie marathon, Halloween celebration, or your second date with that guy you’ve been dying to get your hands on.

My sister made me watch this when I was six years old. Six. I’m pretty sure that explains every single neurosis I’ve had since.

The villain that made you throw away all of your dolls (and avoid the toy aisle of Target indefinitely).

The fact that this killer could have been anyone was what made him so terrifying. Was it the teacher? The boyfriend? The victim no one expected? No one knew.

Any sister with a brother was terrified of Michael Myers. Please tell me I wasn’t the only one who seriously thought twice before tormenting my brother after seeing this movie.

5. Hannibal Lecter (Silence Of The Lambs)

A sociopath who not only kills without remorse but eats his victims too? :::shudder:::

I know most people go for Jason Voorhees as the scary guy from this film, but it was really his mother who kicked off the killing at Camp Silver Lake.

This guy wasn’t just satisfied with killing people, he enjoyed watching them wrestle with ethical and existential dilemmas while doing it. Talk about terrifyingly twisted.

The man of all of our worst nightmares, this guy was impossible to defeat because he wasn’t real.

Sure, this guy has always been creepy, but now that I’ve been through a few rounds of blind dates, I can tell you that the idea of a man who loves his mother so much he kills for her is even more horrifying.

This guy didn’t just cut people up, he wore their skin on his body. Seriously, who are the sick creeps who come up with these kinds of villains?

If I even think about Samara and her unkempt hair I won’t be able to sleep without every single light on in the house and Peter Pan playing at full volume.

Now excuse me while I try to scrub the images of these creepy images from my mind forever.