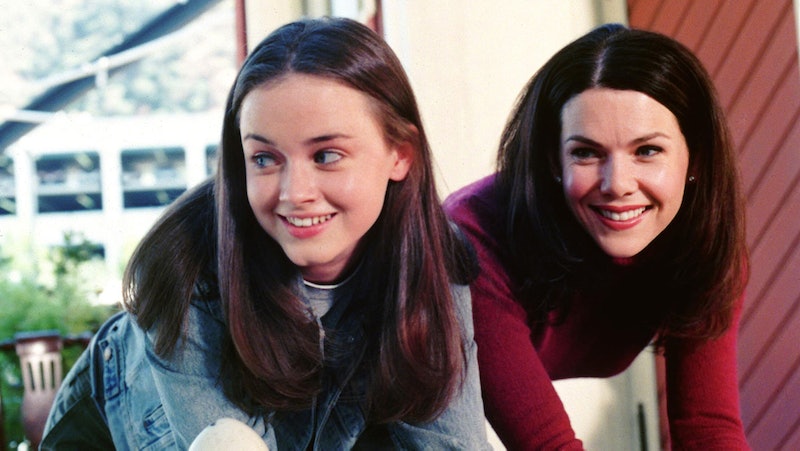 Just when you thought this was just your average Monday, something comes out of left field to punch you in the face. According to TVLine, a Gilmore Girls revival is coming to Netflix. This wouldn't be the first time that the streaming site brought back a beloved show for an all-new season — Arrested Development immediately comes to mind. But is the idea of a Gilmore Girls revival too good to be true? Especially one that features much of the original cast returning? Are these tears in my eyes? Netflix tells Bustle that they're not commenting at this time.

Lauren Graham, Alexis Bledel, Kelly Bishop, and Scott Patterson are all expected to return, according to TVLine, which claims that the revival will consist of four 90-minute episodes. So basically, Gilmore Girls is coming back in the same format as Sherlock. And is there literally anything better in this world than that? Sure, it's not fair to get too excited about this news until we have it confirmed by Netflix itself, rather than by anonymous sources. But just the vague promise of more adventures with Lorelai and Rory Gilmore is enough to get my heart racing. I have so many questions left over from the end of the series. Although there is one question looms largest in my mind: Are Rory and Jess finally going to get back together and stay together?

Details are still vague, and Milo Ventimiglia's name hasn't even been thrown around yet. But if this report is true, then it's time to throw a party and pull out your favorite Gilmore Girls episodes for a rewatch. I can practically taste the fresh air of Stars Hollow, and I'm keeping my fingers crossed that this seemingly impossible dream becomes a reality.

Update: TV Line reports that there will be an eight-year time jump and that all of Rory's boys will be back for the show. Lauren Graham has also tweeted something very cryptic about her involvement...