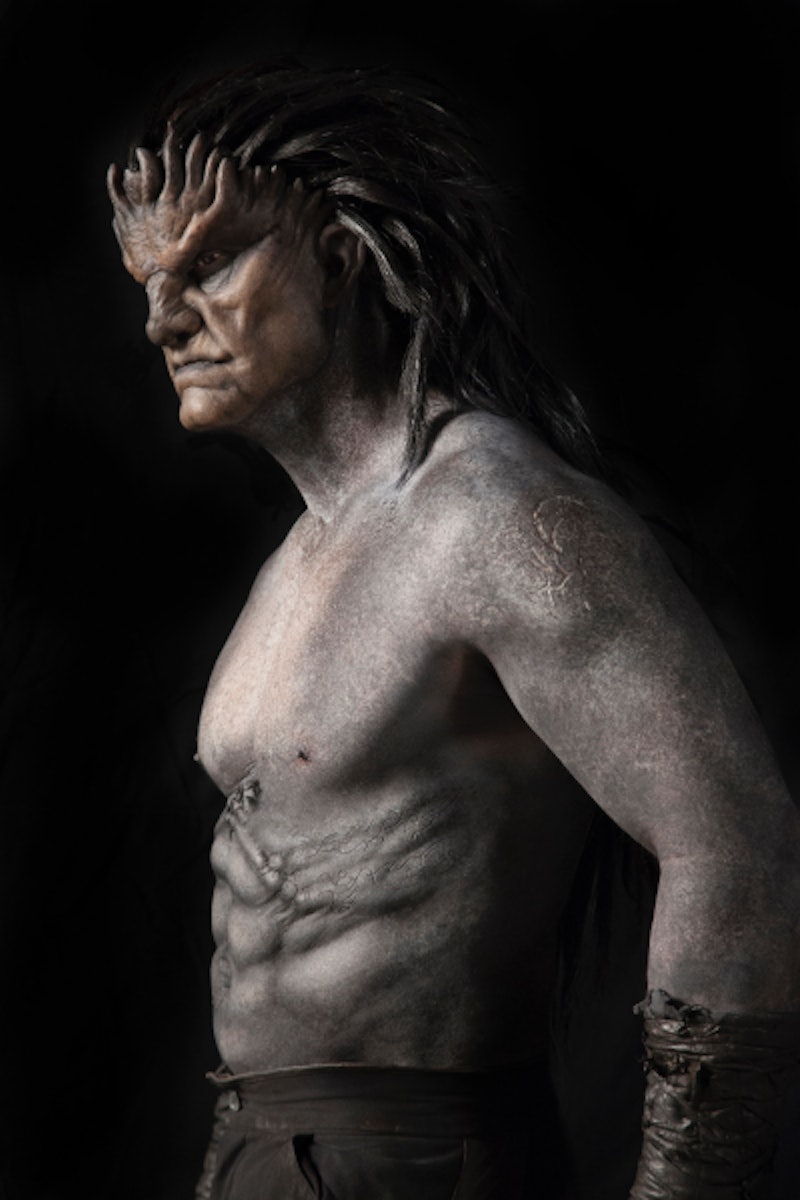 Daisy Johnson (formerly Skye, but we're all adjusting to the new moniker) has a lot working against her right now on Agents of S.H.I.E.L.D. She's been tasked with building a team of Inhumans, but none of the Secret Warriors are emotionally stable enough to join her. Director Coulson had to team up with the ATCU in a move that kept her safe, but opened S.H.I.E.L.D. up to a whole other world of government problems. Plus, her maybe-almost-Inhuman boyfriend (fling? Ward-rebound?) is on the run and hell-bent on seeing his powers as a curse. Oh, and last but not least there is also a giant murdering beast tracking down Inhumans. Or more specifically Lash, a villain from Marvel comics. You better believe that if Skye is still looking for Lincoln, that scary monster is too, so Lash will likely remain a threat for a while on Agents of S.H.I.E.L.D.

Played by former NFL star Matthew Willig, we've already seen him tear through the hospital that Lincoln was working in, destroying everything in his path. The ATCU has a string of dead bodies with holes through their chests courtesy of Lash, so who is this villain and what does he want with the Inhumans? The answers may be found in the comics.

A relativity new big bad, he was created in 2014 by Matt Fraction, Charles Soule, and Joe Madureira. Lash was born in a hidden Inhuman City and chosen by his community to go through Terrigenisis — similar to the process in Afterlife, except way more picky. Soule explained to IGN that going through the transformation was a rare necessity.

The idea was that that city only has one tiny splinter of Terrigen Crystal, which meant it couldn't do the Terrigenesis ritual that Inhumans go through at maturity to sort of figure out what their powers are going to be. People of Orollan had to be very, very selective about it and could only grant that to people they thought would get good powers. So it was almost more of a religious thing for them, more than it was just a part of Inhuman life

In the comics, a Terrigen Bomb was detonated over New York and triggered a series of mass transformations (sound familiar?), so you can see why lash wouldn't take too kindly to a bunch of randos suddenly transforming. To him, it's sacrilegious, leading him to go on his own spiritual mission to hunt down the newly transformed and see if they are worthy. If they are not, he kills them. His abilities also allow him to absorb energy from other Inhumans and manipulate it, which makes him uniquely dangerous.

Though Agents of S.H.I.E.L.D. frequently changes characters from the comics dramatically (I'm looking at you, Deathlok), so far Lash seems to line up with his source material fairly closely. How long he will stick around and how he will evolve is still a mystery, but it seems clear his is on a mission to kill all the Inhumans he can find.

More like this
What Does Doctor Strange’s Third Eye Mean?
By Arya Roshanian
'Gentleman Jack’s Cast & Crew Are Keen On Season 3, Too
By Frances Stewart
The 'It's A Sin' Creator Revealed A Massive Detail That Didn't Make The Final Cut
By El Hunt
Grey's Anatomy Fans Refuse To Accept Kaimelia's Shocking Relationship Update
By Brad Witter
Get Even More From Bustle — Sign Up For The Newsletter