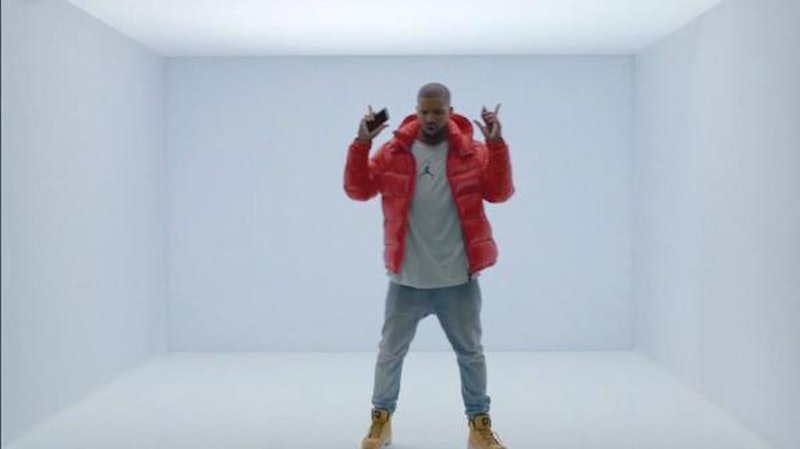 After all the anticipation for Drake's "Hotline Bling" music video, I wasn't the only person disappointed by the fact that the four minute video was less outrageously amazing and more, "Aw, look at Drake's awkward dancing." Not that there's anything wrong with Drake dancing, as he certainly seemed to be as into it as I am into him, but, with the wait before Views From The 6 getting progressively longer, I expect any project that Drake releases between now and then to blow me out of the water. This music video didn't exactly do that. We can praise Drake dancing in the "Hotline Bling" music video all day long, but I think there were a ton of different directions that he could have taken this video in. In fact, if he had tried some of these "Hotline Bling" music video concepts, it would have made for a more entertaining time.

I know, I know. It's hard to think of anything being more entertaining than Drake dancing. But, I promise you, there were a ton of other things that could have been incorporated into the video to make it more of a "Blank Space" than a "Style," if you're excuse the Taylor Swift reference. Let's take a moment to re-watch the music video, as if we haven't already done that several times since Monday.

Now, let's take my hand and breakdown how this video could have been better.

1. Drake Could Have Done More Acting

Drake just did an interview in which he revealed that he'd like to do more acting. Personally, I thought the announcement of the "Hotline Bling" was a follow-up to that thought, in which Drake would do an entire segment before, during, or after the video itself, not unlike Rihanna in "BBHMM." This would have been a perfect opportunity to remind us that he was a phenomenal actor before making the switch into music, and a great platform to make the switch back into part-time acting.

2. There Could Have Been A Guest Appearance

Most of the dancing in the music video took place during the breakdown at the end, whereas Drake obviously spent most of the music video singing and moving his shoulders. I think a choreographed dance routine throughout the video would have enhanced the experience.

4. The Phrase "Hotline Bling" Could Have Been Taken More Literally

An entire music video of Drake taking the phrase "Hotline Bling" as literally as possible while crowds of people stare at him with increasing amounts of confusion and alarm. Picture it for a moment. He could set a line on fire and then decorate it with a gold chain. He could bedazzle a telephone. The possibilities are endless, and would probably have been more exciting than four minutes of Drake doing the shuffle.

5. This Could Have Been Shot In Toronto

A missed opportunity to shoot a music video on the streets of the 6? You know, as a not-so-subtle shoutout to the fact that Views From The 6 is totally coming out one day you guys, seriously? Come on, Drake. Throw me a bone here.

6. The Video Could Have Been A Fan Celebration

Raise your hand if you feel victimized by the fact that Drake did not have an open casting call for fans who want to be in the "Hotline Bling" music video.