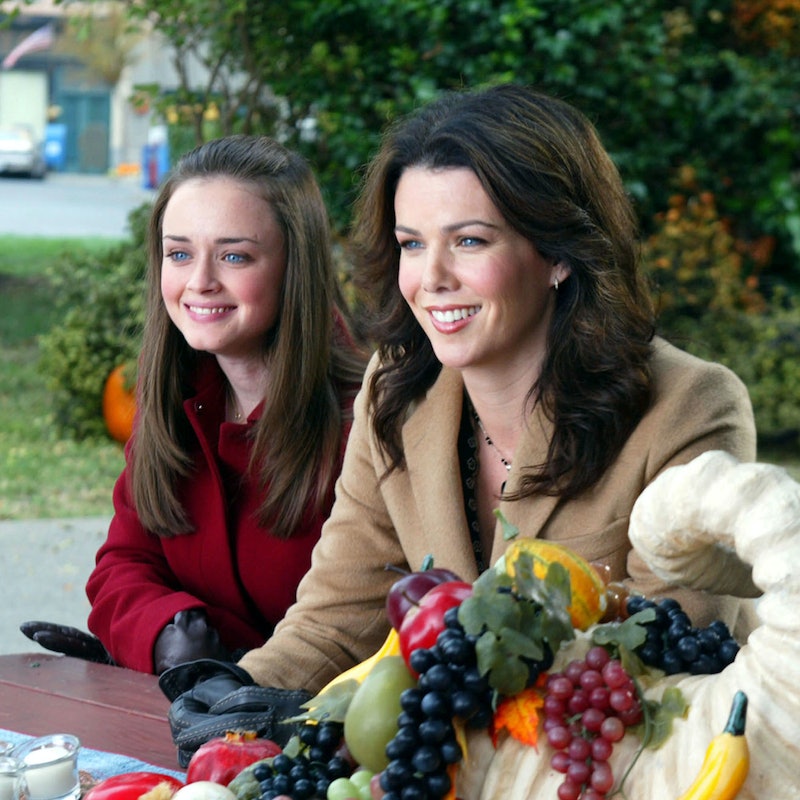 Where you lead, I will follow — as long as where you are leading has to do with a Gilmore Girls revival. Fans of the show have been pleased (understatement of the year) to learn that a Gilmore Girls revival might be coming to Netflix, but I have a more important question: Will the Gilmore Girls theme song remain the same for the revival! That is, if the revival happens. Netflix has yet to confirm, but all signs are pointing to yes. Of course, that could just be my wishful thinking.

Apparently, this is the year of resuscitated TV for Netflix. We’ve got Wet Hot American Summer, the upcoming spin-off, Fuller House, and now possibly Gilmore Girls? According to TVLine, the revival would consist of four 90-minute episodes, and you better believe that the same quick wit, sharp dialogue, and borderline alarming caffeine addictions will be present. Also according to TVLine, the main stars are reported to return: Lauren Graham, Alexis Bledel, Kelly Bishop, and Scott Patterson. Thank goodness.

But as we await Milo Ventimiglia and Melissa McCarthy's names to be thrown around, let me address the other elephant in the room. Ninety minute eps? That’s a whole different ballpark, a whole different Star's Hollow! What does that mean for the show’s structure? If we still get that oh-so-famous, oh-so-heart-warming, Carole King intro song, will we hear it... twice? (The time would allow for it, just sayin'). Also, I wouldn't complain.

After all, the medley still fits. The lyrics "If you're out on the road / Feelin' lonely and so cold / All you have to do is call my name / And I'll be there / On the next train" are basically an analogy for a reunion. Personally, I've been out on the road (life), feeling lonely and so cold (sans Gilmore Girls), I've called its name (in my dreams), and I'm now awaiting its arrival on the next train (Netflix = train). This makes 100 percent sense. This song is the only thing that makes sense right now, actually, as I grapple with this difficult time of anticipatory excitement.

Honestly, Gilmore Girls just wouldn't feel like Gilmore Girls without that intro song. There's nothing better than hearing it and being hit with instant nostalgia as you prepare to sit down and resonate with mostly everything that comes out of Lorelai Gilmore's mouth. So, to anyone who claims that the reboot needs a rebooted song, I only have one thing to say to you: Oy with the new intro song already!