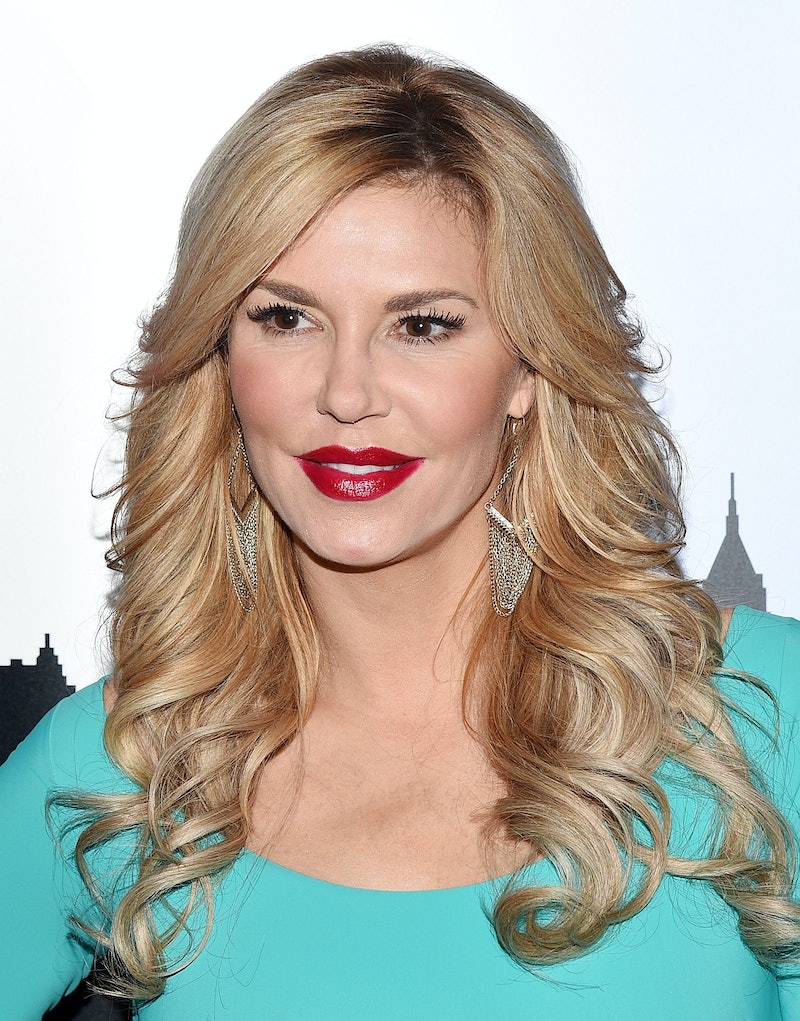 It's been a long road for Bravo's Real Housewives shows, and an emotional roller coaster for the Housewives appearing in each season. And the same can be said for fans. The reality TV franchise began in 2006 with The Real Housewives of Orange County, and now look at how far it's come. There are currently five different versions of the show airing, based in Orange County, New York City, New Jersey, Beverly Hills, and Atlanta. Not to mention the now-forgotten Miami and Washington D.C. spinoffs. Oh, and there have even been international iterations, set in Melbourne and Vancouver. Over the years, there have been a lot of Housewives. Which leads me to a very important question: Who is the most hated cast member in Real Housewives history?

I know what you might be thinking. "There are too many to choose from!" I couldn't agree more. But it is possible to narrow it down. I managed to create a ranking of 13 current and past cast members who have definitely rubbed fans the wrong way over the years. It's purely based on opinion, because fans can feel very differently about a Housewife. For example, I adore Caroline Manzo, but there are many Housewives viewers who despise her. So if the Housewife you hate the most isn't on this list, please don't throw wine in my face. Now let's get to it.

Believe it or not, Caroline isn't well-liked by many viewers. Despite being a loving mother and the one cast member who speaks a lot of sense, some fans think she is overbearing and way too invested in the lives of her children.

Oh, NeNe. She may have the best facial expressions and one-liners, but she is one cast member you either love or hate. From her bluntness to her ego to her not giving a crap about some peoples feelings, NeNe is easily hated.

She might be the OG of the OC, but there's no doubt that Vicki's pushed peoples buttons on more than one occasion. Take Season 10, when she was on the outs with pretty much every other OC Housewife thanks to that whole "Brooks may or may not have cancer" storyline. Whatever the case, Vicki speaks her mind, doesn't like to be told she's wrong, and can be a tough critic when it comes to new cast members (ahem ... Meghan King Edmonds). Those are just a few of her qualities that some fans don't admire.

Some fans side with Tamra, while others loathe her. She's loud, she's outspoken, and she's sometimes crude. She owns it, but that still isn't enough to persuade some people to join #TeamTamra, especially when she's gossiping about someone's marriage troubles.

Shereé appeared on four seasons of RHOA, during which she found herself on the receiving end of a lot of hate, particularly from NeNe and Kim Zolciak. Remember that time she pulled — excuse me "tugged" — Kim's wig? That's one moment that will go down in Housewives history, but it's also a moment that made many viewers not be Shereé supporters.

"What's not to love about Kim?" you might asking. Well, a lot — at least, to some fans. While on RHOA, she was always in the center of the drama, especially when it came to NeNe and Shereé. What about that whole cancer storyline? Some thought that was very strange. Now Kim has her own Bravo spinoff, Don't Be Tardy, where continues to receive criticism for her parenting. I don't know if she'll ever escape the rumor mill, not to mention the judgments thrown her way.

Meghan, Meghan, Meghan. There's no doubt she started and ended her first season strong. She pulled out all the stops when it came to speaking her mind, calling Shannon "judgy eyes," investigating whether or not Brooks does indeed have cancer, and giving her opinions about parenting. Well, she's truly one Housewife fans either love or totally hate, especially if they're a Vicki groupie.

In addition to always being remembered for how she said "Hi" when she came into a room, Jill will always be hated on for her now-ruined friendship with Bethenny. Of course, there are some who still side with Jill, but it's hard not to be #TeamBethenny. With that said, I'm sure Jill lets out her feelings while figure skating. Come on, you know she's still bitter about not being on the show anymore.

Where do I begin with Kenya? She usually ends up fighting with every other cast member, but she's had more strife with Phaedra than anyone. I mean, that whole Kenya/Apollo storyline was way dramatic. Oh, and how about that time she brought a megaphone and pretty much instigated Porsha Williams attacking her at the Season 6 reunion. Not a lot of Housewives fans back Kenya for that.

I'm pretty sure the consensus for most RHONJ viewers is that they weren't and still aren't Danielle fans. I mean, I'm sure they were that one time Jacqueline's daughter Ashley attacked Danielle, but I have a feeling fans weren't sad to see her leave the show.

Let's be real: The only time anyone truly loved Aviva was when she threw her prosthetic leg. That will forever be one of the greatest Housewives moments. Other than that, she didn't really connect with fans, or any of her fellow cast members. There was always some kind of drama with her, especially when her dad George appeared.

If you don't like Brandi, at least you don't have to worry about seeing her as a full-time cast member next season on RHOBH . Anyways, from all that drama with Lisa and Ken to throwing wine in Eileen's face to slapping Lisa to hating on Kyle, Brandi wasn't easy to get along with. And I think many fans felt the same without even being real-life friends with her.

"What a witch — literally," you might be thinking if you watched Carlton's season of RHOBH. Her feuds with Kyle were ridiculous and just plain cruel. Yeah, her actions and lack of love from fans didn't get her an invite back to the show.

I'm sure this list will change as Housewives continues for years to come, because you know the franchise isn't going anywhere anytime soon.