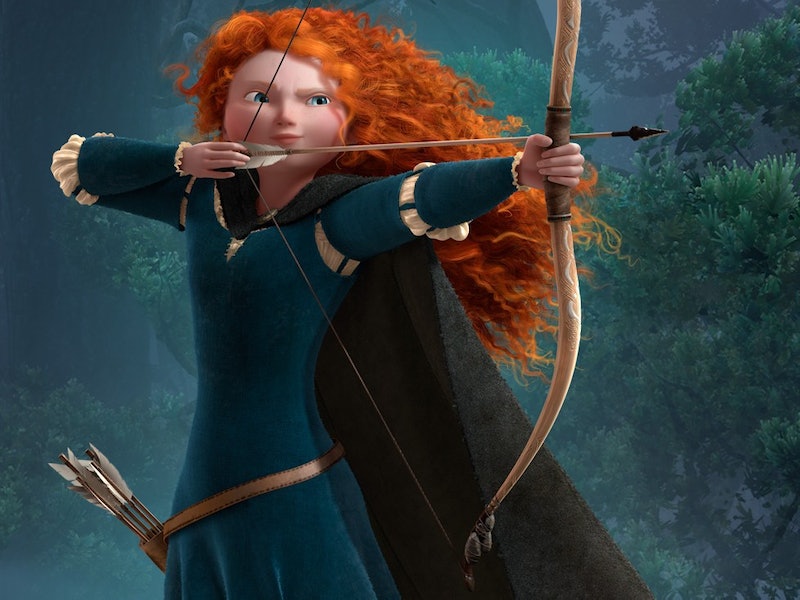 I know you love animated films — I do too. But, we need to talk about them. When I heard Tuesday that Women in Animation, an organization that supports women in the animation industry, was spearheading a 50-50 by 2025 campaign to get women more evenly represented in the animating world, I was blown away by how few women are working on animated films we know and love.

The campaign, according to Variety , will consist of hosted panels at the View Conference in Turin, Italy, and the World Animation Celebration in L.A. — and at the Spark Animation Conference they will devote an entire day to the issues facing women animators.

Like so many creative fields, the disparity between men and women in animation is absolutely staggering. For instance, according to a survey of several L.A.-based animation schools conducted in 2015 by the Animation Guild, women make up 60 percent of animation students today. But, when it comes to getting hired, only 20 percent of the work force behind so many animated favorites are women. More specifically, according to the same Animation Guild survey, only 10 percent of all producers and directors, 17 percent of all writers, 21 percent of designers, and 23 percent of animators are women. And these numbers are nothing compared to the number of female directors working in mainstream Hollywood. According to the Directors Guild of America, only nine percent of films released in 2013 were directed by women.

And, believe me, when I first saw those numbers I was skeptical. Wasn’t there a Pixar movie recently that was written by a woman? I thought. Weren’t a few Disney classics written by women? With more and more animated films featuring strong and sometimes complex female protagonists, the numbers that Animation Guild was putting out had to be wrong.

But, take a look at the Top 50 Greatest Animated Movies on IMDb. You will find yourself, like I did, lost in hours of depressing research. Here’s the truth: Those animated movies that you know and love are pretty much exclusively written and directed by men. Only six of IMDb's Top 50 had women on their writing or directing teams: Shrek was co-directed by a woman, and so was Brave, but Aladdin, Tarzan, and Mulan only had a few female writers on their enormous writing teams (two out of 18 for Aladdin, two out of 23 for Tarzan, and five out of 30 for Mulan, according to IMDb). Monsters Inc. did have a female writer among the listed original story creators, but, as far as the other top 50 animated films are concerned, they were written and directed by men.

And, this is troubling for a number of reasons. First of all, the discrimination women artists face in finding work is a significant problem. But the predominantly masculine perspective that we’re continually forced to consume through every form of media is definitely the bigger one. For instance, out of the Top 50 animated films on the IMDb list, only 14 of them feature a female protagonist. The other 36 have storylines that revolve around male characters and their stories. Granted there are a few gems in there, like Mulan, but the fact that animated films are mostly made by men (according to the Animation Guild) is even more troubling to me. That means that young children are watching movies mostly written, directed, and centered around men. But wouldn't we achieve a more realistic depiction of women if more women are writing women's stories?

Plus, the more we show worlds that are centered on and around strong women, the more children will be able to see that putting themselves at the center of their own lives is not only OK, but one of the most important things you can do for yourself.

The Women in Animation initiative is a great start to enacting this much-needed change. By educating the industry about this troubling trend, Women in Animation are doing the necessary work to make people aware of this problem in the first place.