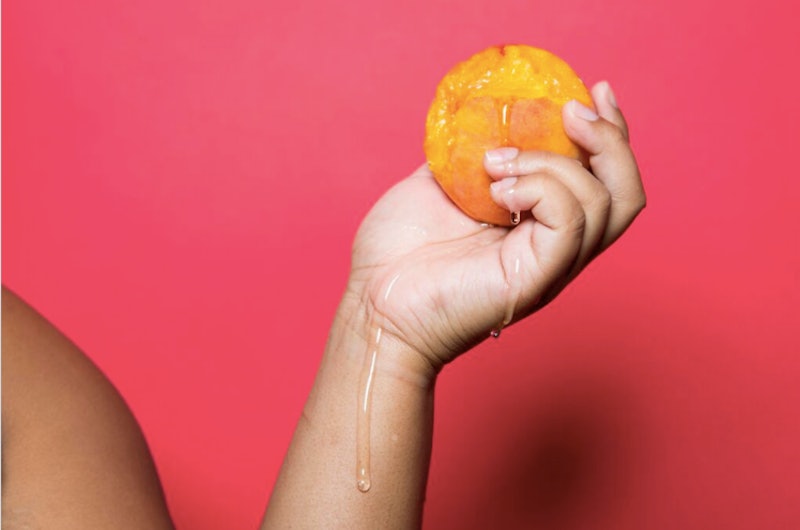 Throughout the illustrious course of human history, people have believed a lot of really weird stuff about vaginas — stuff that seems absolutely ludicrous from a 21st-century perspective, but that seemed completely normal for people in different eras. Many of these strange beliefs about women’s genitalia seem to spring from a special cocktail made of equal parts ignorance and misogyny. Ignorance in the sense that, prior to a few hundred years ago, people didn’t really understand how reproduction worked; things that seem so clear now — what sperm does, what the egg is, what happens during ovulation, and so on — simply weren’t known. So it’s not surprising that people made up a lot of silly answers to why the female body did certain things or had certain facets of anatomy. What is also not very surprising is how often the ways that doctors and scientists back in the day interpreted female anatomy revealed their own deeply held biases about the inferiority of women. Many long-held theories about the vagina, for example, from the idea that ovaries were internal versions of testes to the assumption that a clitoris was simply a small penis, assumed that the male body was the standard from which women deviated. But why couldn’t the female body be the standard?

These myths — some of which were regarded for centuries as scientific fact — remind us that, even now, medicine and science are influenced by widely held cultural beliefs. Even the most objective seeming data has to be interpreted through a human lens. How will people in the future interpret the tenets that we hold as facts now? How many of our everyday assumptions about gender and the body will seem ridiculous three hundred years from now?

The myth of vagina dentata — the vagina lined with teeth — features in the folklore of many cultures including, Russia, India, Samoa, New Zealand, and among Native Americans and the Ainu of Japan. Some traditions feature myths in which heroic men have to pull the teeth from women’s vaginas before having sex with them. The myth of vagina dentata, based on the premise that a woman’s vagina could physically castrate a man, can be read as a very literal rendering of male paranoia surrounding female sexuality. In 2007, vagina dentata was the inspiration for a comedic horror film, Teeth.

The vagina is an inside-out penis.

For thousands of years, it was commonly believed that women and men’s reproductive systems were essentially the same, but that women’s were simply an inverted (and therefore inferior) version of men’s. The thinking was that women lack heat — so, unlike men, who were toasty enough to have their genitals hanging outside their bodies, ladies had to have theirs tucked inside for warmth. In Making Sex: Body and Gender from the Greeks to Freud , Thomas Laqueur writes, “In this world the vagina is imagined as an interior penis, the labia as foreskin, the uterus as scrotum, and the ovaries as testicles” (4). Galen, an eminent Greek physician and philosopher in the second century, argued that “you could not find a single male part left over that had not simply changed its position” (26).

Columbus discovered the clitoris. (No, not that Columbus).

In 1559, Renaldus Columbus (so, not the guy who sailed across the ocean blue in fourteen hundred ninety-two) claimed to have discovered the clitoris; others quickly chimed in to say that they had discovered the clitoris, or to insist that everyone knew about the clitoris all along. This isn’t really a myth, of course, but I love the ridiculousness of a bunch of dudes claiming to have discovered an external body part sported by half of the human population. I mean, it’s ludicrous, right? That’s like going to a foreign country already populated by millions of people and claiming that YOU discovered it… oh wait.

The female orgasm was very important… unless it didn’t exist.

As I mentioned earlier, for a very long time, people didn’t fully understand how reproduction actually worked. What did the man contribute to the baby? What was the woman’s part? Early on, there was general agreement that a man’s ejaculate was necessary to conception, but people’s understanding of the female orgasm shifted over time to reflect changing conceptions of reproduction and gender. For a long time, according to Laqueur, it was generally accepted by many doctors and scientists that the female orgasm was vital — or at least highly desired — in order for conception to occur (despite much evidence to the contrary). By the 18th and 19th centuries, however, the medical world had changed its view, and accepted that female orgasm was not at all necessary to creating children. This shift in viewpoint enabled a major reconceptualizing of female sexuality as a whole; women came to be seen as essentially passionless, and the ones who did enjoy sex or — heaven forbid! — masturbate were regarded as unnatural and even psychologically disturbed. The female orgasm thus went from being seen as central to sexuality and reproduction to being nearly erased in the course of only a few hundred years.

Menstrual blood is terrifying and magical.

There are a lot of insane myths about menstruation out there, but Pliny The Elder’s writing about the epic powers of the period are particularly bizarre. A Roman naturalist, Pliny wrote circa AD 77–79,

Contact with the monthly flux of women turns new wine sour, makes crops wither, kills grafts, dries seeds in gardens, causes the fruit of trees to fall off, dims the bright surface of mirrors, dulls the edge of steel and the gleam of ivory, kills bees, rusts iron and bronze, and causes a horrible smell to fill the air.

“Dims the bright surface of mirrors”?? Who the hell rubs menstrual blood on mirrors? Was that a thing in ancient Rome??

And if that weren’t enough, he continues: “Dogs who taste the blood become mad, and their bite becomes poisonous as in rabies.” I have known a dog or two in my life who like to get into the bathroom trashcan to chew on used tampons. It is incredibly disgusting, of course, but they have not, to my knowledge, gotten rabies from it.

Many women experience painful or uncomfortable periods, but by Cambridge researcher Walter Heape’s account, written in 1900, it’s a wonder that any of us manage to survive it. Laqueur writes, quoting Heape, that during menstruation, the uterus is

subject to “a severe, devastating, periodic action.” The entire epithelium is torn away at each period, “leaving behind a ragged wreck of tissue, torn glands, ruptured vessels, jagged edges of stroma, and masses of blood corpuscles, which would seem hardly possible to heal satisfactorily without the aid of surgical treatment” (221).

Laqueur suggests that’s Heape’s hyperbolic conception of the period (Seriously, he makes it sound like a car wreck. During an earthquake.) was part of broader anti-feminist push in the 19th century to distinguish the female body as completely different from the male body. This is the opposite point of view from that held by people like Galen centuries before, when people thought that the male and female body were essentially the same. By casting menstruation in this violent light, people like Heape could argue that women were unfit for public life, the idea being that, with our bodies subject to such apocalyptic trauma every month, there’s no way we could possibly manage to be rational humans.

The vaginal orgasm is a sign of maturity. (And clitoral orgasms of immaturity).

In a 1905 essay, Sigmund Freud argued that women go through two sexual stages: As children and adolescents, girls’ primary “erotogenic zone” is the clitoris, but when a girl goes through puberty, her sexual focus must transfer from the clitoris to the vagina. Freud argues that a woman only reaches maturity after making this shift, and that clitoral orgasms are a sign of “childish masculinity.” He argues that this shift between erotogenic zones (which men do not have to undergo, as their sexuality starts and ends with the penis) is the reason for the “greater proneness of women to neurosis and especially to hysteria.”

In making this distinction, Freud argued that the clitoral orgasm — the kind of orgasm most women have — was illegitimate, and that healthy sexual expression for women requires a vaginal orgasm, without clitoral stimulation. Research has shown that only a quarter of women can orgasm during sexual intercourse without clitoral stimulation; thus, Freud effectively invalidated the sexual experience of 75 percent of women. Many of Freud’s theories (like the one that we ladies are all obsessed with penis envy) have been debunked, but this one continues to be felt today, with many women assuming that there’s something wrong with them if they can’t get off on intercourse alone. (Spoiler: There is nothing wrong with them.)

In the 1920s and 30s, vaginal douches were used as a form of (ineffective) birth control. Because selling birth control was illegal, companies like Lysol (Yes, the company that also makes your toilet bowl cleaner) sold douches under the cover that it was a hygiene product. Ads for such products suggested that men preferred “clean” wives, creating the myth that the vagina is naturally not clean (when, in fact, the vag is self-cleaning. Like an oven!). When actual birth control hit the market in the 60s and 70s, and women started preferring the pill to cleaning supplies, advertisers pushed hard on the idea that the vagina was naturally smelly, unpleasant, and in desperate need of floral fragrances. Since the 70s, healthcare providers have argued that douching is actually a really bad idea, as it disrupts the natural chemical balance of the vagina and potentially causes infection. However, the manufactured myth that the vagina smells badly endures.