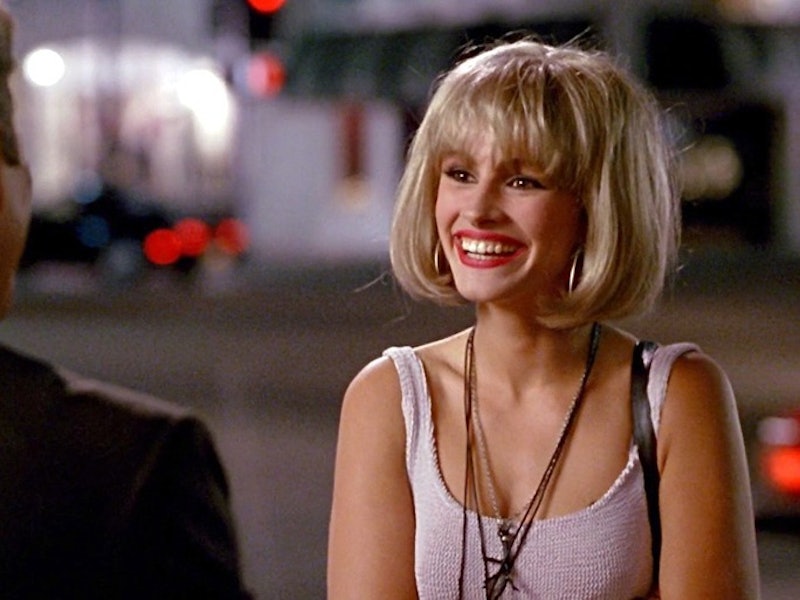 But if a total lack of foreplay is bad enough, there's a whole lots more that makes no sense in a lot of movie sex scenes. From the positioning— like everyone effortless can just start to have sex standing up facing each other without any awkward shuffling— or the people who suddenly decide to go at it, it's all a little bonkers.

Although there are loads of ridiculous ones to choose from, here are the seven most unrealistic sex scenes, because shower sex needs to be stopped once and for all:

1. Sleeping With Your BF's Son Like It's NBD In Adore

2. Just Doing It In The Street In Crank

Yeah, he has to keep his adrenaline levels up or else he'll die or something, but doing it in front of a million people in Chinatown in the middle of the day? I don't think so, nope.

3. Easily Super Hot Shower Sex In Skyfall (And A Thousand Others)

They're not slipping, there's no water in their mouth. No one seems to have gotten soap anywhere it's not supposed to be. This is not like any shower sex that has ever happened in real life.

4. Literally Anything That Happened During Sex In Twilight Breaking Dawn

OK, I don't care that they're supernatural, this is still ridiculous. The falling room and everything destroyed thing is too laughably absurd to be sexy in the least.

5. Pasta And Scissoring In Blue Is The Warmest Color

As the hilarious Buzzfeed video of lesbians reacting to Blue Is The Warmest Color shows 1. scissoring doesn't work, at least not that I've seen and 2. it definitely doesn't work after piles of delicious pasta.

You know, just a casual backward dry humping between brother and sister (yeah, stepbrother and sister I know, I know). Also, how does she lie back horizontally on top of him and rub around so effortlessly? Girl must be hitting pilates.

7. The Piano Scene In Pretty Woman

Yes, it's totally hot. Yes, I would have sex with Richard Gere today. This moment. But, "Oh, this piano is so comfy let's just have sex on it!"? Yeah, right. Absolutely not.