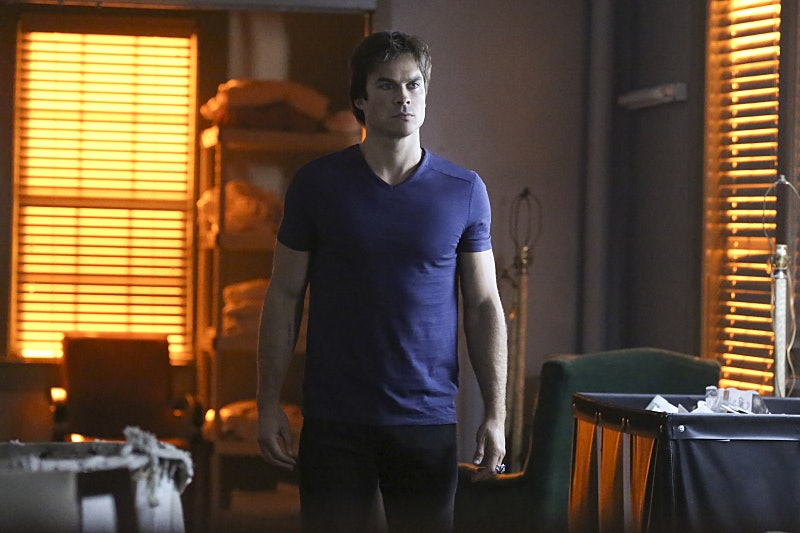 Ok, you guys, it's time for me to confess something… I have not been the biggest fan of the Heretics so far. Maybe it's because The Vampire Diaries hyped them up so much. I mean, being half vampire and half witch definitely sounds impressive. But then Damon and Bonnie were able to kill one of them in like two seconds. So yeah, I'm not exactly quivering in fear when it comes to their wrath. However, Thursday night's TVD episode "Age of Innocence" introduced a new character that I can totally see becoming the Big Bad we've all been waiting. I'm referring, of course, to Lily's former TVD love interest, Julian, who already sounds like the worst person imaginable.

Not only is he controlling, but he almost beat one of his fellow Heretics (who was also pregnant at the time) to death in order to get what he wanted. But why is it that we're only just hearing about this guy now? What happened to Julian that's made him become separated from the rest of the Heretic group? So much about this guy is still unclear. But one thing's for sure — Valerie does not want him around. And really, who could blame her after everything he's put her through. Who knows what else he's done to the rest of the group.

The only one who seems to be completely oblivious of his flaws is Lily. (How quickly she forgets about Enzo, by the way.) Seriously, though, her taste in men is just catastrophic at this point. But here's on my theory on how this will all play out. I think that Julian is dead and Lily has every intention of bringing him back to life. That's why she's after the Phoenix Stone. She, like Alaric, wants to bring back the person she loves. So now it's just a question of who's going to get to that resurrection finish line first.

On the one hand, Lily has her Heretic family, but on the other hand, I doubt any of them want him to come back, especially if he's truly as awful as he seems. Either way, I am positive that the Phoenix Stone is the key and could give us the biggest, baddest villain since the Mikaelsons first set foot in Mystic Falls. And to that I say BRING IT ON.