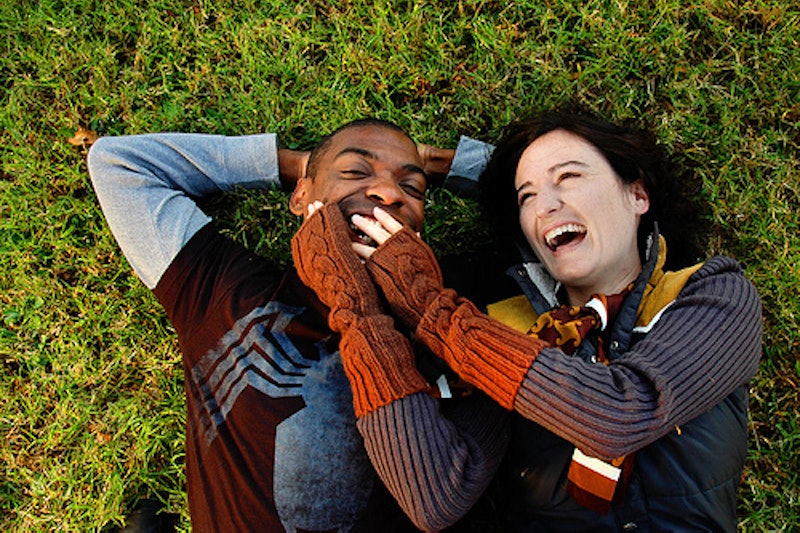 Being in a loving relationship can certainly be rainbows and butterflies. You gaze into each other’s eyes, and it feels as if no one else in the world exists. You spend hours and hours discussing your future together. But there are weird fights every couple has, even if you still long for the nights where you get to hold each and wake up with those cute little kisses from him or her. Not everything is a fairy tale all the time.

It’s all fun and games until the two of you are arguing in the morning over who left the cream cheese out all the night. Being in a long-lasting relationship means having those ridiculous arguments that you eventually laugh about later. Some of them are so completely absurd that you'll both later be embarrassed that they even happened. But hey, we’re human, and that means we are going to have silly and weird arguments with the ones we love.

Being a relationship expert and having previous experience conducting couples therapy, I have seen all too well how these nonsensical arguments happen to every couple. So when you’re fighting with your mate over what movie you two should watch, just know that you’re not alone. And don't worry; you both will get over these pointless fights in no time. Here are seven weird fights that every couples will eventually go have.

One way to see if your relationship will stand the test of time is to build furniture from IKEA together. I will give you a gold medal if you made it through building a bed together without one snippy comment or annoyed side-eye. You’ve made it to real couplehood the moment you two have a tiff over the lost screw that you needed to finish off the piece of furniture.

2. The Fight About Nothing

Being in a true partnership means having numerous fights about nothing — literally nothing. I’ve had a fight where we both were upset with each other and didn’t even know why. Maybe it was how he or she greeted you when you came home, or maybe it’s just the energy in the room. Whatever the reason, you two aren’t having it. The good news is that you don’t really have to do anything to get over a fight about nothing; eventually, you’ll both be over it.

3. The Fight Over Directions

Back in the day, the argument used to feature a couple looking at a map while driving and arguing about directions. Maybe one partner wanted to stop and ask for help, while the other was convinced he or she knew the way. Nowadays, the bickering is all about which app to use. One person is more of a Google Maps devotee, while the other swears by Waze. Both of you argue over which way is the fastest. I’ve got news for you: You’re going in the right direction, so relax a little bit and just enjoy the ride.

What couple doesn’t have a little controversy in the frozen food aisle? An argument can take place anywhere, and you have so many options, what with all of the aisles. Maybe your man is a pear guy, but you’re more into apples, and this week’s rent isn’t going to cut it for both. Or it could be that you’re annoyed that you’re the one buying the groceries again this month. Whatever the case may be, don’t worry — the guy at the cashier isn’t judging you.

5. The "Not Texting Back Right Away" Fight

What is more annoying than your other half not texting you back right away? It’s like salt in the wound when you see him or her liking up a storm on Instagram, but not having the decency to reply to you.

Have you ever known anything more infuriating than when your lover chooses to not put the next roll of toilet paper on? I have. It’s when he or she leaves just a smidgen of TP, which couldn’t even wipe a cat’s butt. Couples, just put that toilet paper where it belongs.

Every partner thinks he or she is a top-notch DJ at some point in the relationship. I’m sure your significant other is tired of hearing, “You need to listen to this one song now.” Or even worse, they've changed the station in your car. With that being said, try to find a happy medium. And how about making a playlist together?

Now go on your way and fight those weird fights, and then make up and love each other some more.