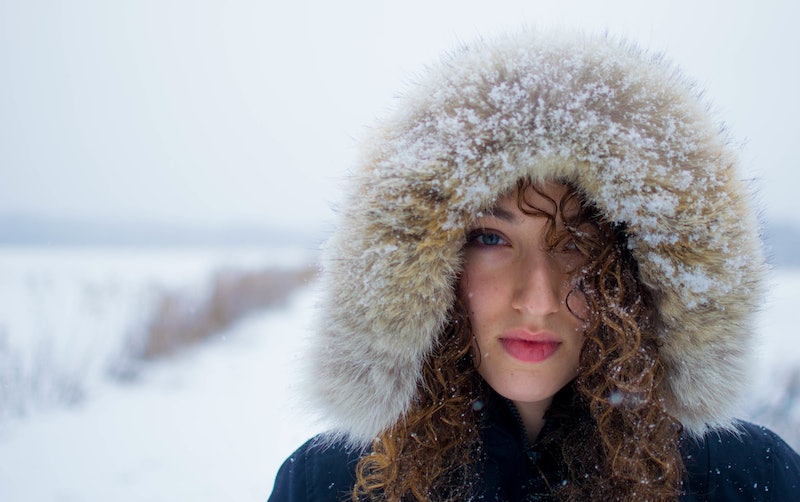 We all know the basics of maintaining our physical and mental health, even though they're often easier said than done — eat a balanced diet, get enough exercise, and sleep around eight hours a night. But as long as we're not sick, we often forget to give that much thought to our health. And if we, uh, didn't pay super close attention in high school science class (*guiltily raises my hand*), we may often find ourselves wondering why the heck our bodies do certain things. But even for people who listened with rapt attention to every Biology lecture, there are still some very surprising health facts about the stuff going on inside our bodies every day — and learning about them is more than just fascinating. Understanding what is going on inside our bodies can help us improve our entire lives.

For example, our society tends to undermine the physical and mental damage caused by stress — and there's a common mentality that if we're not stressed, we're simply not doing enough with our lives. But research has shown the strong link between stress and illness — so don't feel guilty next time you give yourself a much-deserved break from the fast pace of everyday life.

And this is just scratching the surface of the helpful — or occasionally just interesting — health facts out there. So get ready to separate fact from fiction, and explore seven strange health truths that may surprise you:

1. Stress Is Directly Related To 90% Of All Diseases

We all know that being stressed is a huge drag and it can take an enormous toll on our emotional well-being. Although I've noticed that I catch colds and viruses more easily when I'm under a lot of stress, I was surprised to learn that a whopping 90 percent of all diseases are caused or exacerbated by stress. Stressed-out people are more illness-prone, and have greater difficulty recovering once they are diagnosed. So there's an important takeaway from this health fact — we frequently tell ourselves to just "suck it up" when it comes to stress, but what we really need to do when we feel stressed out is actively engage in self-care of both our bodies and our minds.

2. We Use Every Part Of Our Brains

3. Lack Of Sleep Is More Deadly Than Starvation

Death by starvation can take an excruciatingly long time — up to two months in certain cases (although this depends on a number of factors, such as existing body fat). But the longest a person has survived without sleep is eleven days — and, needless to say, his cognitive functionality was basically nonexistent by the end of those presumably miserable eleven days. More recently, a healthy man died after going eleven days without sleep. Sleep allows our bodies to repair and heal themselves, as well as engage in other vital functions — so when we skip out on it, even in order to do something we're excited about, we only hurt ourselves.

We all know that, after getting Botox, a person can't use their face to express emotions in the same way they did in the past. But recent research has shown a more surprising side effect of Botox — it limits the ability to actually feel emotions. Although the reason behind this is not completely clear, scientists believe it's because our facial expressions directly affect our emotions and send messages to the brain. So, apparently the adage that "smiling will make you happier!" actually has some truth to it — and the same goes for expressing other emotions, both positive and negative.

5. We're Taller In The Morning Than In The Evening

Perhaps I'm simply too groggy in the morning to have ever noticed this, but we grow up to half an inch in our sleep every night. Our bodies aren't subject to gravity while sleeping, so more fluids flow to our intervertebral discs, which causes them to stretch out. Unfortunately, we lose this height pretty quickly after we wake up, because our daily activities cause our muscles to compress again. But if you're really interested in gaining that extra height, you should consider heading to space — according to NASA, astronauts grow about two inches upon leaving Earth.

Hiccups are super annoying — but why do we get them? Our ancient ancestors may be to blame. Millions of years ago, they lived in the ocean and used both gills and lungs to breathe. Many scientists believe that a hiccup is a reenactment of the motor patterns our ancestors used when breathing through their gills.

7. It's Possible To Be Allergic To The Cold

Many of us dislike the cold and are sensitive to low temperatures. (We can't all be Elsa, unfortunately.) But for individuals with cold urticaria, the cold weather is seriously dangerous. In mild cases, people with cold urticaria develop skin rashes and hives when they're exposed to low temperatures. When the illness is more severe, exposure to cold water or air can lead to massive drops in blood pressure, shock, and death.

More like this
6 Abortion Advocates To Follow On TikTok
By Sara Youngblood Gregory
How To Protect Your Digital Privacy If You Need An Abortion Post Roe v. Wade
By Kaitlyn Wylde
5 Crystals For Anxiety
By Megan McCarty
5 Crystals To Manifest Better Sleep
By Megan McCarty
Get Even More From Bustle — Sign Up For The Newsletter