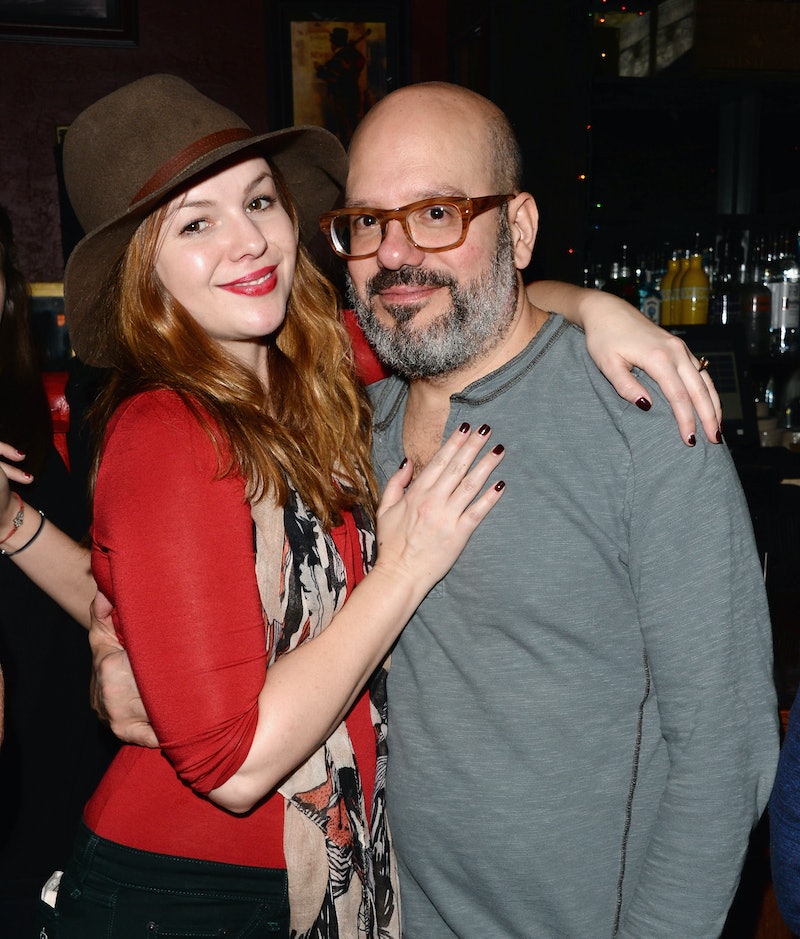 The summer of 2015 was one of heartache in Hollywood. Many longtime partners and spouses broke up, divorced, split, cut the cord, went their separate ways, consciously uncoupled. Between Jon Hamm and Jennifer Westfeldt, Kourtney Kardashian and Scott Disick, and Jennifer Garner and Ben Affleck, it was enough to make anyone lose their faith in love. If celebrities can't do it, how can we? But don't fret. Even though it was a tumultuous un-cuffing season among the talented and famous, there are still plenty of celeb couples in Hollywood that seem like they'll make it to the end, and some of them will make you say with delight: "I didn't know they were married!"

It's easy to see why the rich, powerful, beautiful people gravitate towards one another, and somehow make time for long careers and love and children. There are, of course, the celeb couples that are everywhere — like John Legend and Chrissy Teigen, who seem like they have the most fun, sweet relationship ever — but there are other more surprising couples you can turn to to restore your belief that love is very much still alive.

Even though it's tough to slip under the radar, some celebrity couples prefer a little bit more privacy. But that doesn't mean their love isn't as strong! If you need to mend your broken heart and help it heal from all those celebrity couples who split this year, here are nine famous partners you might not have even known were married.

These two intense, talented actors were brought together "across the pond" (he's British, she's very American) through an acting gig, meeting on the set of the 2007 film, Evening. They got married in a small ceremony in France in 2009, and they love playing Boggle together when they're not being nominated for awards.

Saturday Night Live goofy goober Taran Killam married Cobie Smulders, aka Robin from How I Met Your Mother, in 2012 in a laid-back ceremony in California, and since then they have had two daughters together.

He might play casanova Bond, but in real life Daniel Craig is smitten with his lovely and talented wife Rachel Weisz. The very stylish, very British couple got married in 2011, though they were best friends since 1994. Their wedding ceremony was tiny — only four guests!

A relationship that should be illegal on account of being too sexy. Bonet married Momoa in 2007, and they are so beautiful together it's almost a little irritating. I'm sad she did not take the opportunity to guest-star in Game of Thrones during Season 1 when Momoa's character Khal Drogo was alive.

The Arrested Development comedian married the Sisterhood of the Traveling Pants actress back in 2012 in an ultra-cool wedding ceremony where the band was Yo La Tengo and the house DJ was Questlove from the Roots. Nice.

And it all started on Mad Men. The actor behind Pete Campbell met the former Gilmore Girl on the set of the period drama when she played a married woman that his character has an affair with. It failed, like lots of things Pete Campbell did. But Bledel and Kartheiser are very much still in love and got married in 2014.

My favorite weirdo couple! Samberg and Newsom began dating seven years ago and just had their second wedding anniversary — the very day after Samberg did a great job hosting the Emmy Awards. What a weekend! Samberg was totally in love with Newsom from afar, enchanted by her harp-playing skills, which is how their sweet, indie love started.

Talk about a classy, formidable Hollywood power couple! Huffman and Macy got married in 1997, and between them have two children and like a hundred awards.

OK, so they never took the initiative to tie the knot themselves, but the comedian and filmmaker have been together since the dawn of time, so I'm pretty sure they are common-law married by this point. Rudolph and Anderson have been joined at the hip since 2001, and have four children together, who are very lucky to have such fun, creative parents — and their parents' awesome friends. Rudolph and her pals Tina Fey, Amy Poehler, and Rachel Dratch get their kiddos together for the best playdates ever.