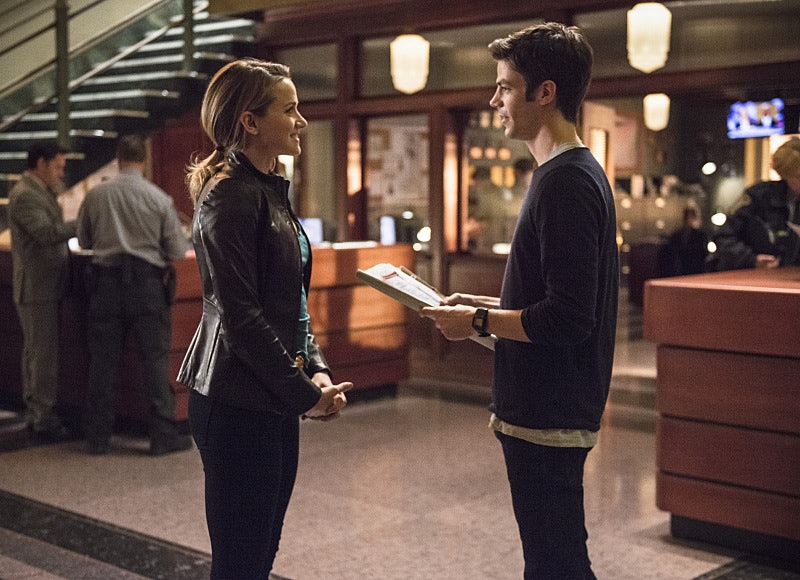 Sometimes when a show's core characters gel together so well, it can be hard to introduce a newbie into the mix since they could potentially feel out of place. However, that certainly has not been the case for Shantel VanSanten who plays Patty Spivot on The Flash as well as an up-and-coming member of Joe's metahuman task force. Right from the moment she appeared, Patty felt like she belonged in Central City, not just thanks to her bubbly nature (which definitely helped), but also because of her instantly palpable chemistry with our red speedster. In fact, I wouldn't be all that surprised if Barry Allen and Patty Spivot started dating on The Flash .

Now, I understand that there are probably some hardcore fans out there who are still rooting for Barry and Iris to finally get together. And I'm not necessarily saying that they shouldn't… at some point. But you can't deny the connection Barry and Patty seem to share. Even their names flow well when said together. I didn't expect to love Patty so much as a character, but upon seeing her with Joe and Barry, she feels like a member of the team. And according to the episode synopsis for this week's episode "The Fury of Firestorm," we can expect to see Barry and Patty "grow closer" throughout the hour. So a romantic relationship could be brewing sooner than we think and here's why I'm totally OK with that happening…

2. They Both Have Bubbly Personalities

You'd think that everything that's happened to Barry would leave him feeling broody and misunderstood. But for the most part, he's been able to maintain a happy persona and glass-half-full personality — two character traits that seem to radiate off of Patty as well. So why not have them be happy together?

3. They Have Similar Goals In Life

Bringing the bad guys to justice.

4. They've Both Experience The Loss Of A Parent

Just like how Barry's mother was killed by a metahuman, so was Patty's father. Dealing with that kind of shared loss could make their pull toward each other even stronger.

5. Their Quirky Sense Of Humor

In other words, they're nerdy in the best, most adorable way possible.

6. They Look Good In A Uniform

7. They Never Shy Away From A Fight

Proving that not only would they make a great couple, but they'd make for a great vigilante team as well. So, come on, writers, let's give these two potential lovebirds a chance to shine.