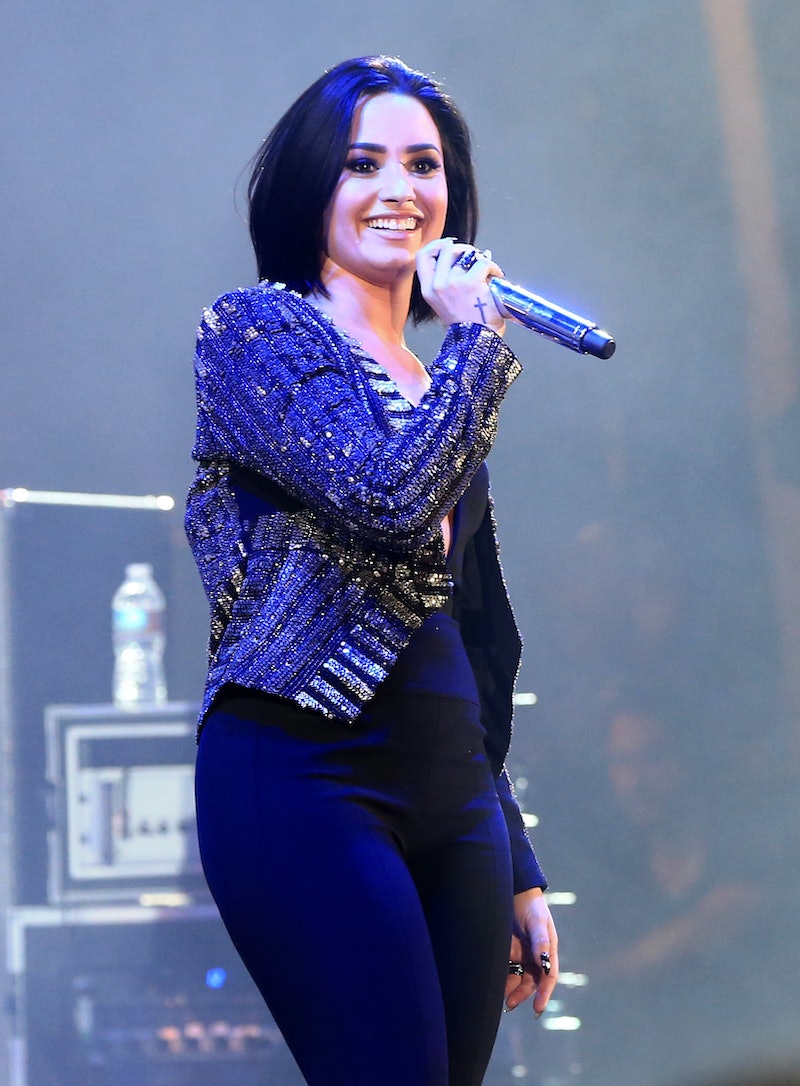 Nope, there's no bad blood here: Despite recent rumors, Demi Lovato and Adam Lambert aren't feuding over a last-minute tour change. What happened? Here's the scoop: On Monday, Lovato announced her Future Now tour with Nick Jonas on Good Morning America. The former Disney stars are set to hit the road together in June 2016. However, according to TMZ, Lambert was originally supposed to be Lovato's opening act. In fact, the gossip website reports that the "Cool for the Summer" hit-maker and Lambert had already "agreed on the essential terms" of their deal when, at the last minute, Lovato's manager (who also represents Jonas) supposedly "convinced" her to make a change. TMZ alleges that Lambert felt "betrayed" by the switch, and that "angry words were exchanged between" the two singers' camps. Whoa. Sounds pretty messy, right?

Fortunately, everything appears to be just fine. It seems as though TMZ didn't have the full story. (Remember: You can't believe everything you read online! I think we all need to be reminded of that from time to time.) Shortly after the rumors began spreading last Friday, Lambert took to Twitter to set the record straight (and to slyly plug his new album, The Original High):

Lovato retweeted Lambert's message the next day and added a few words of her own:

So, there you have it. Lovato and Lambert aren't fighting, case closed. The pair may not be touring together this time around, but they're still pals, so you never know what the future may hold! With their powerful voices and shared flair for the dramatic, I think they would put on a fantastic show. Hopefully, they'll work something out eventually.

Check out the full list of Lovato and Jonas' Future Now tour dates over at Ticketmaster.