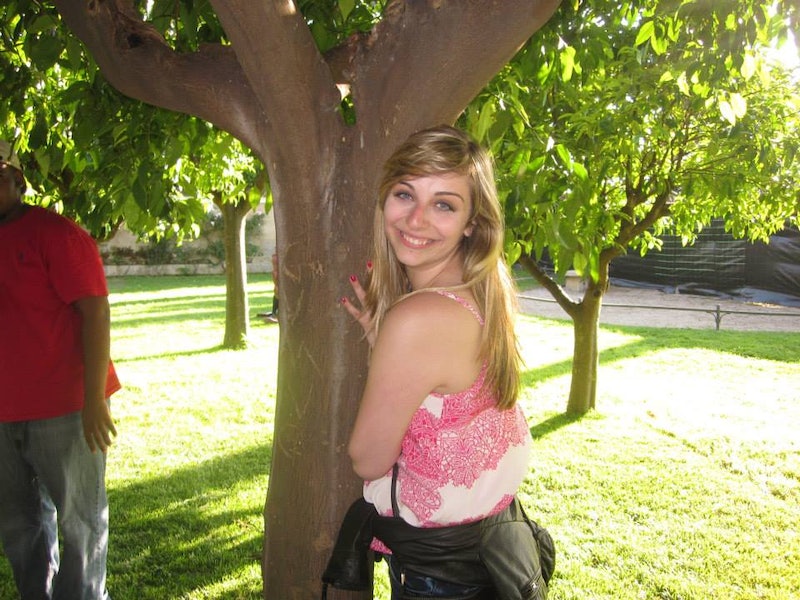 They say that when it comes to having ex sex, tread lightly. I like to think I'm a living testament that some people should not be treading at all. No matter how convinced you are that you no longer harbor feelings for that person, there's a chance you do on some level. And sex has a funny way of bringing all that out to the surface — at least for me.

When I had sex with my ex, we hadn't been together in three years. He was quite literally in and out of my life during that time, making visits to New York from his home in Germany (the reason we broke up was the distance) and it wasn't until that point that I fully decided I could be friends with him. I had convinced myself that we were now on the same level, content to be in each other's lives just as friends that check in every once and a while.

Then he told me he was coming to visit around Christmas, and that he wanted to see me. I was going through a serious serious dry spell at that point, and the fact that we would be completely alone that night didn't escape my notice. I guess it didn't escape his either, because we wound up having sex. A few times.

Afterward it seemed pretty normal. It was good, I enjoyed myself, and it was great to have finally gotten back on the horse (man?) after a ridiculously long time. I didn't feel any gush of returning feels back for him. In fact, when it was all said and done, I was hoping he wouldn't stick around to cuddle. But those feelings that I've always seemed to have for him crept up gradually. Despite my assertion that what I had done was good — getting myself out of a dry spell with someone I knew and trusted — it had some pretty confusing repercussions.

Fast forward a few weeks, my ex returned back to his homeland, and it was like we had opened a door that had been closed for three years. Before that hookup, we'd never admitted to still having any sort of attraction to each other, but there it was, blaring and obvious. And since no one new was in my life, we started sexting with each other, a slippery downward slope toward another open door.

I really, really was bored.

But between rounds of dirty Snapchatting, we started to actually have conversations again. Flirtatious conversations over text or Skype that started to make me realize why I dated him in the first place. This, I thought, is bad. Because then, several months later, I started having feelings for him. Again. Before I knew it, I was clinging to my past, trying to relive our relationship in hopes that he would come back, and we could be together again. Finding out he was spending another year there only added fuel to this flame, and before I knew it, he was my go-to drunk text. I became obsessed; I even went to a psychic to try and find out if we would be together again. Convinced he was the only person for me, I denied any other prospects in my life and told myself I was still single because things were meant to work out with him. I was putting all of my hope into a situation that died so long ago, that I worked so hard to put behind me, and whether I cared to admit it or not, sex had been the catalyst.

It's been almost a year since that happened, and the whole prospect is still screwing with my head. He's let me know since that we're not on the same page (though of course, he's up for more sex when he gets here) but it's left me devastated. And worse yet, I feel disappointed in myself for holding on to hope for a situation that I had forgotten about years ago. When a chapter closes in your life, maybe it's best not to reopen it.

You may be different than me in the respect that sex doesn't always make you feel emotionally attached, and maybe things are different for you, but I will always think twice before having sex with an ex.

My thinking is this: there are plenty of other people in the world willing to get down and dirty with you, but if your go-to person happens to be your ex, it's time to think about the larger implications: You may not be over them.