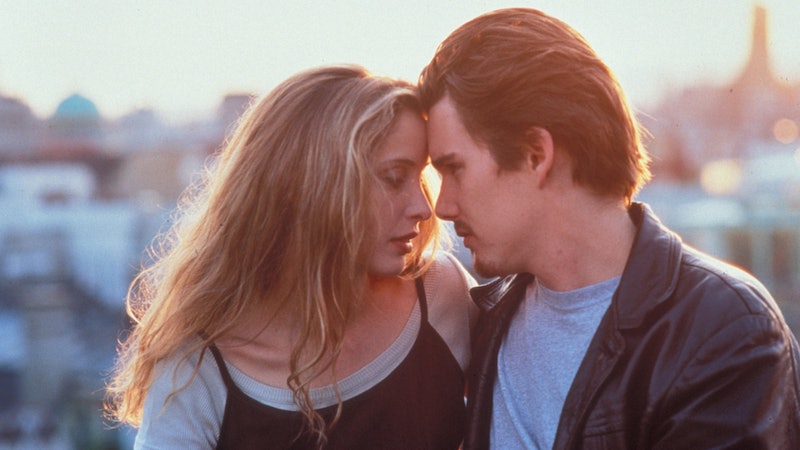 As someone who's dated a couple of foreign men and is currently engaged to one, I can definitely confirm that there's a pattern. Although each man was completely unique in his own way, the ups and downs were actually fairly similar. If you happen to be one of those lucky people who's dated a foreigner, you know that there are some things that are simply the best — and the worst.

THE COMMENTS ABOUT THEIR ACCENTS ARE ENDLESS

It’s hot, it’s charming, and it’s sexy! Then, of course, someone always says, “I’ve always wanted to date someone with an accent!” Yeah, I know it.

YOU FEEL IN THE DARK AT FAMILY EVENTS

If you’re like me, and don’t completely understand the language fluently yet, family events can make for difficult situations… especially when there’s laughing involved. Are they laughing at me?

THE FORESKIN QUESTION IS NEVER THAT FAR AWAY

As Americans, foreskin isn’t as common as it is in Europe. So, at least from my female friends, the probing about whether or not my French fella’s foreskin makes that much of a difference during sex is pretty common.

THAT BROKEN ENGLISH IS DARLING AS HELL

Whether it’s a fumble over a word from time to time or they mistakenly call a headache, a “head itch,” it’s just so adorable!

THERE WILL ALWAYS, AND I MEAN ALWAYS, BE THOSE WHO THINK IT’S ABOUT A GREEN CARD

Breaking news, you guys: Not everyone wants to live in the United States! Is my fiancé looking for a Green Card? Hell no. Neither one of us wants to give up our prospective cities, so it will be half the year there, and half the year here. But that doesn't change what strangers like to assume.

INTRODUCING THEM TO AMERICAN TREASURES Is the best

Introducing Olivier to mac ‘n’ cheese, mozzarella sticks, and Saved by the Bell were pretty much some of the greatest moments in our relationship.

YOU GET A LESSON IN ANOTHER CULTURE, UP CLOSE AND PERSONAL

It’s one thing to visit another country for a few weeks, but it’s another thing to date someone from that country and really get to immerse yourself in their world, especially with them as your guide. So exciting!

You HAVE TO DEFEND YOUR RELATIONSHIP

Whether it’s your partner’s family and friends or yours, there will be more than a few people who think that all those differences will eventually kill your relationship.

YOU ADOPT SOME OF THEIR LINGO OR LANGUAGE, AND COME OFF PRETENTIOUS

But that’s not your intention! You just spend so much time together, that of course you were going to start saying, “All is ‘tickety-boo’ in these parts,” eventually.

YOU HAVE TO LISTEN MORE

When there’s a slight language barrier combined with cultural differences, you have to both listen and pay attention more than you would with a fellow native. It’s actually really good for your relationship.

It takes a lot of patience to listen THAT much and work out any issues that might arise from those aforementioned cultural differences.

THEIR IDEA OF ROMANCE IS OTHERWORDLY COMPARED TO AMERICANS

I’m sure this can’t be said for every country out there, but when it comes to dating a European, it’s like a wake-up call to every one of your senses. There’s also all that kissing in public… have you been to Paris in the springtime?

YOU GET BRAGGING RIGHTS

This isn’t to suggest, in any way, that dating a foreigner is some sort of status symbol, but getting to divide your time between two countries, the cultural immersion, and listening to that accent all the time does make for at least a little something about which to brag.