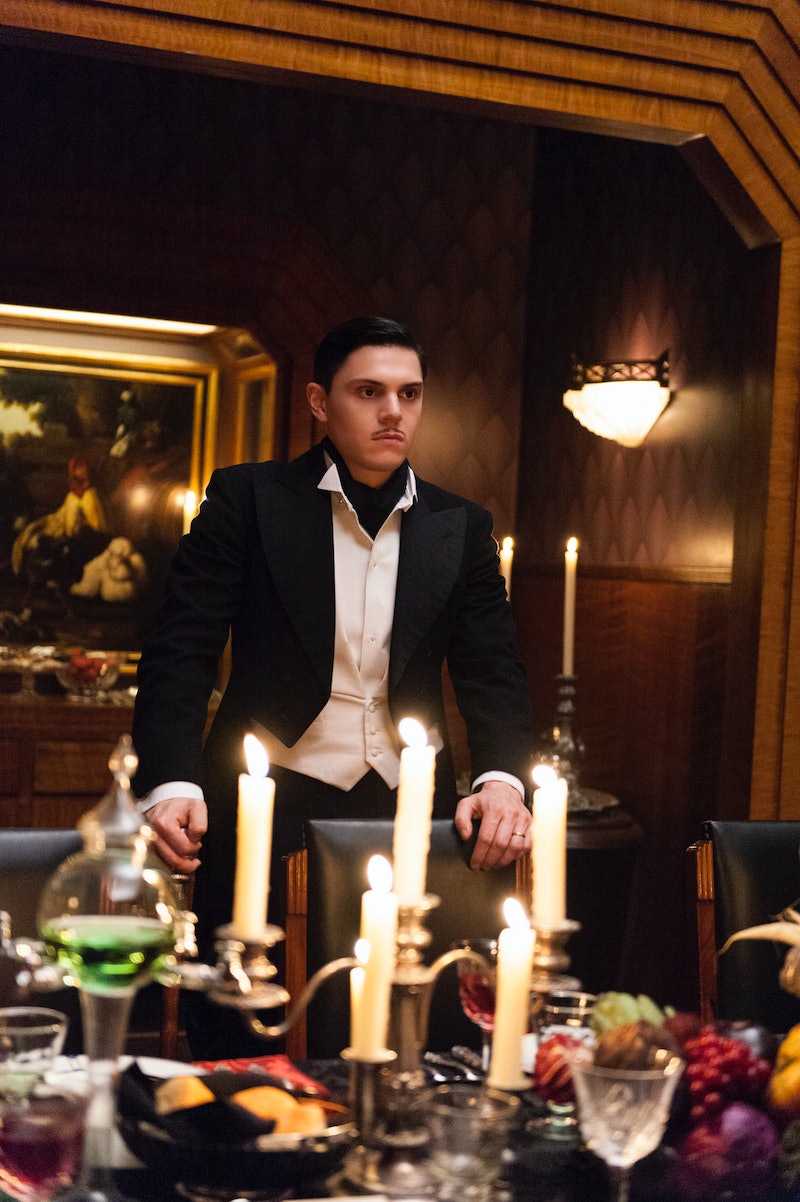 American Horror Story has a very twisted idea of what is funny. American Horror Story: Hotel may be the most gruesome season yet in the series, but even it has had time to drop a few jokes here and there. The horror in the series is balanced with dark humor that appears in the form of its most vicious characters dropping witticisms about life and death, or from something so overwhelmingly odd that there is no other way to react but to laugh nervously to yourself. If you want to rock a sweet AHS costume this Halloween, but don't want to drench yourself in blood and viscera, then it's time to go to the drawing board and starting thinking of some funny, outside-the-box AHS Halloween costumes.

When thinking of a "funny" costume, the joke can be very obvious, or subtle depending on what kind of party you're attending. If you're going to a party with a bunch of people you don't know you run the risk of not being recognized, but there's also a chance you could make a new friend when they are the only person to recognize your fairly obscure reference. Here are a few ideas if you're going for a fun, punny AHS Halloween.

In Season 1 of American Horror Story, the Rubber Man that is terrifying the house is revealed to be Tate, the ghost of a school shooter played by Evan Peters. While wearing a rubber suit all night may be uncomfortable, some costumes are just too punny to pass up.

The first part of this costume is the base, a black latex bodysuit ($29.99). This outfit alone would be risky, as it's unsafe to be walking around at night wearing all black. Luckily, we're playing off the fact that this character's name is "Tate," and throwing some color onto that wardrobe.

Where were you when Briarcliff Manor erupted into song? This "Name Game"-inspired outfit from AHS: Asylum will turn you into the life of the party, especially if you can get everyone to start singing.

A medium length brown wig ($7.99) will give you the clear Lana look (especially if you give it that strong middle-part), and then add to the pièce de résistance of your costume.

With a banana costume ($23.99) added to your ensemble (and perhaps a reporter notepad and pen behind your ear for an accent), any AHS fan should know you are Lana-Lana bo-Bana banana-fanna fo-Fana fee fi mo-Mana. Obvi.

This AHS: Coven-inspired outfit is a bit more conceptual than others, and involves some acting chops on your part because it is all about the entrance.

The first part of this costume is the "surprise" so stock up on party poppers (24 for $26.95) to make a dramatic entrance into any room.

A pug mask ($20.29) will satisfy the "bitch" part of your costume easily, confusing the party with a big statement. For extra confusion, pair these two items with your sexiest Montgomery Madison-appropriate red dress.

These American Horror Story costumes may confuse most, but any other fans of the show will be absolutely delighted to see your clever, pun-tastic costume, and then you'll have someone to talk about AHS: Hotel with.