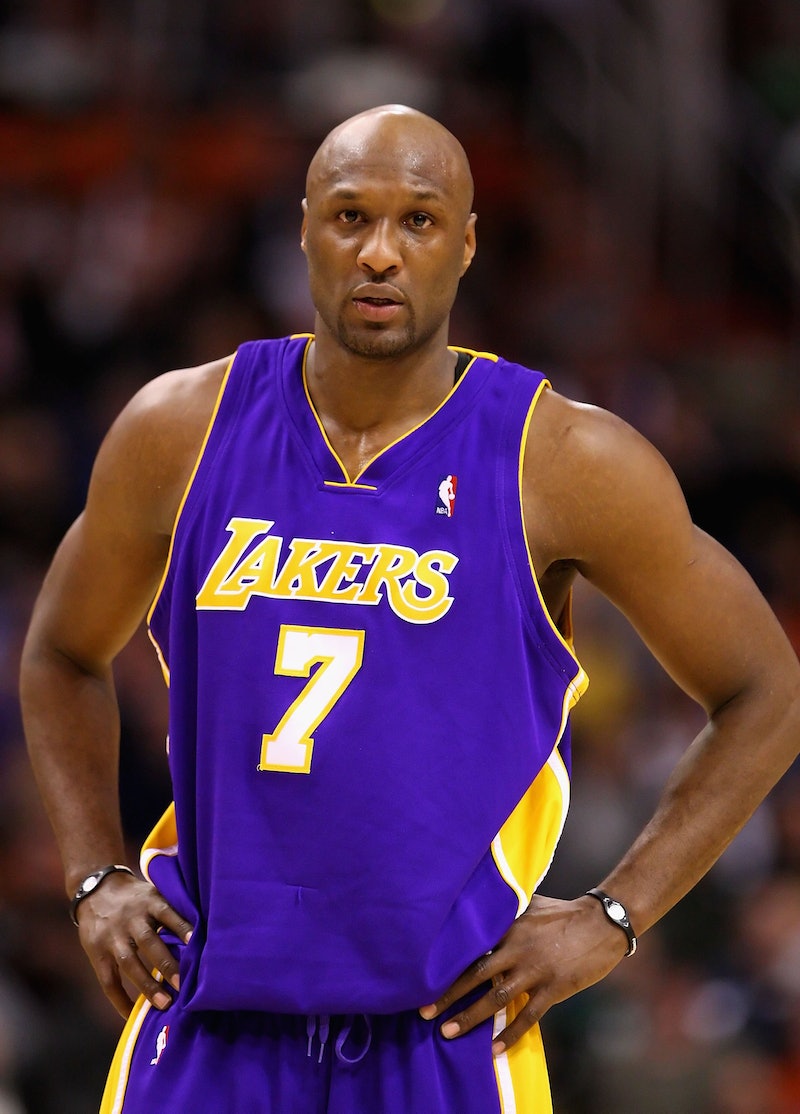 On Monday, TMZ reported that blood test results for Lamar Odom showed that he had cocaine in his system when he was taken to a Las Vegas hospital after being found unconscious at a Nevada brothel on Oct. 13. TMZ claims law enforcement sources said that the Nye County Sheriff's Department received the results, which show that "cocaine was indeed in Odom's system when he was admitted" to the hospital.

According to a "sheriff source" who reportedly spoke with The New York Daily News, based on the test results, the Nye County Sheriff and the District Attorney are meeting to discuss whether or not Odom will face criminal charges. Previously, Nye County Sheriff Sharon Wherly announced at a press conference that it is "distinctly possible" that Odom could face charges of drug possession if the drug claims are true, based on what the investigation uncovers.

On Friday, the Associated Press obtained search warrant records regarding Odom. Based on the documents, authorities claimed that they suspected Odom may have overdosed on cocaine. "I believe that Mr. Odom may be — or may have been — under the influence of a controlled substance," Nye County sherrif detective Michael Eisenloffel told Fifth Judicial District Judge Robert Lane on Oct. 13, according to the search warrant records. Bustle has reached out to Odom's rep for comment on this news and about the report of the blood test showing cocaine.

As reported by the Associated Press last Thursday, police were given permission by the Nevada judge who issued the search warrant to obtain a blood sample from the Keeping Up with the Kardashians star after he was taken to the Las Vegas hospital. At the time of the AP's report, police were still awaiting the test results.

Odom's rep released a statement to Us Weekly Wednesday, Oct. 14, which reads:

To our overwhelming delight, Lamar's courageous improvement continues on the incline in Los Angeles. He is beginning to gradually flourish both mentally and physically. His use of speech has increased and he's more cognitively responsive. His medical team has executed an aggressive therapy regimen to aid in his progress.