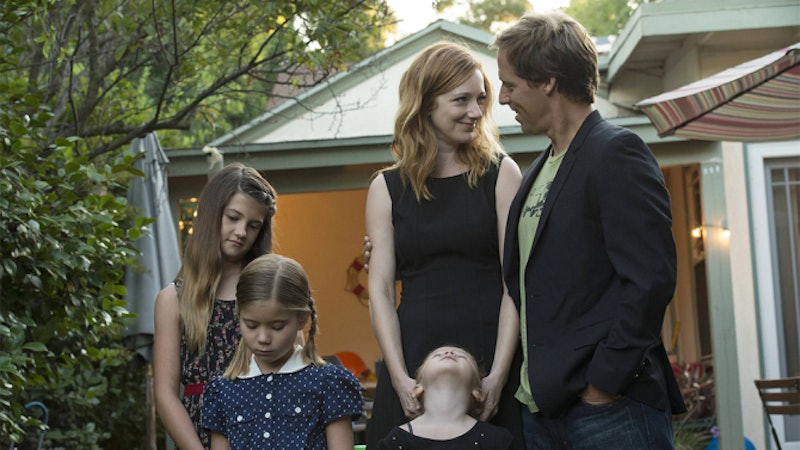 I have a theory that I’ve been tossing around lately, and it is this: It’s really hard to write about marriage in a compelling way. It seems like, no matter what the format is — be it a novel or a short story of an amazing comedy series — it’s really hard to write about marriage in a way that is going to keep people interested. Why? Because the thing about marriage — and any long-term relationship, really — is that it can be kinda… well… boring. So when I heard that FX was canceling Married and not bringing it back for a third season, I wasn’t entirely shocked.

I was surprised that such a fantastic show was cancelled (especially given the amazing acting talent that it has with Judy Greer and Nat Faxon at its helm), but this cancellation seems to me to be one of many recent domestic comedies that have come and gone, no matter how great the production value was. Still it’s sad to see such a great show cancelled after only two seasons. But it does make me wonder if domestic comedies are really a thing of the past.

With so many shows either following the reality TV trend or revolving around office life, it’s no wonder that a show like Married didn’t make it past two seasons. Still, there are plenty of domestic comedies that have made it and continue to do well. Take ABC’s Modern Family for instance or USA’s Playing House. Clearly there is still plenty of ground to cover when it comes to families and comedy. But maybe the shows that are doing well are an indication that viewers are interested in tuning into less typical household structures for their belly laughs. Looking at the two examples mentioned above, those shows revolve around rather nontraditional couples. And maybe that’s because, for so many of us, our reality is a complicated, less “typical” family structure.

Clearly everyone’s comedic taste is a different, but the fact that Married didn’t make it past the second season might be more about the ever-changing face of the American family and less about the quality of the show itself.