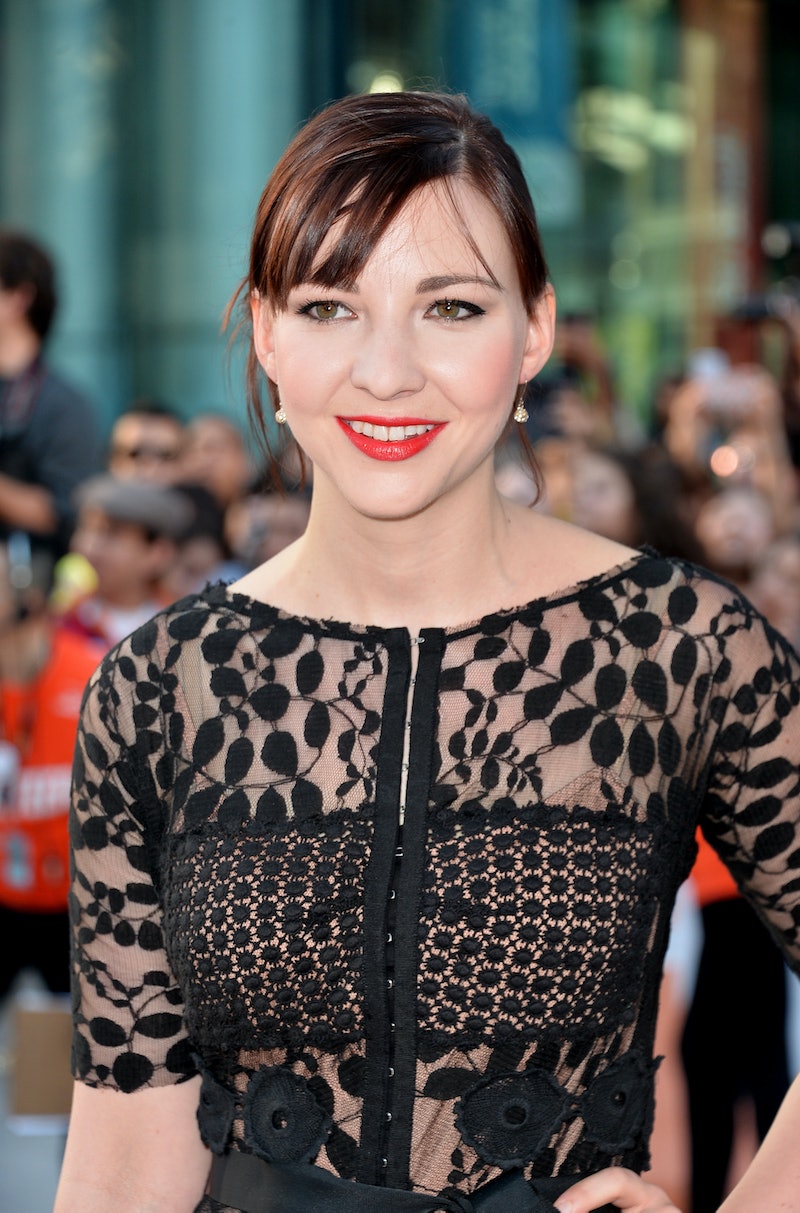 You might have heard that Harry Potter has a girlfriend. To be clear, I'm not referring to the character Harry Potter, because he is obviously married to Ginny Weasley. However, I am talking about Daniel Radcliffe dating Erin Darke. She's been making news and headlines for being Radcliffe's girlfriend, but there is so much more to her than that label. Darke is a busy and talented actress, who doesn't just spend all her time asking her boyfriend to teach her magic. (You know you'd totally do that if you were dating the actor who brought Harry Potter to life). That's right, she has a ton of upcoming projects that you should probably keep an eye out for.

Darke met Radcliffe on the set of Kill Your Darlings , where she played Gwendolyn. As Radcliffe told Parade in 2014:

We met on the set of Kill Your Darlings, and just got on immediately. It was one of those instant things where you're like, "Oh, I really like this person." You just have a connection with somebody, and then suddenly it's incredibly easy to talk to them. It was one of those sort of situations.

Ever since then, Darke has been making a name for herself with roles in HBO's Girls, the Oscar-winning film Still Alice, Love & Mercy (a movie about the Beach Boys), and TNT's Public Morals, among many other projects. With that said, here's what she's been working on lately, so you can keep tabs on her upcoming roles.

This series from Amazon set for fall 2016 takes place in 1969 at the beginning of the women’s liberation movement and follows a group of young women researchers at "News of the Week" who seek to be treated fairly. Darke will play Cindy. The cast also includes, Parenthood's Joy Bryant, Pitch Perfect's Anna Camp, Ugly Betty's Daniel Eric Gold, House of Lies' Genevieve Angelson, The Office's Chris Diamantopoulos, and Extant's Grace Gummer, who will play writer Nora Ephron.

In this 2016 film, which also stars Teddy Sears from The Flash, Darke plays Christine. As described by IMDb, "Off the coast of Maine, a revolutionary neuropsychiatrist discovers a woman who, after years of silence, now weaves a language from Shakespeare's words. Brought to the island to protect her, their lives collide as he struggles to define what it is he must protect her from."

This dramedy is filled with many famous faces, including Keegan-Michael Key (Playing House), Gillian Jacobs (Community), Kate Micucci (The Big Bang Theory), and Mike Birbiglia (Orange Is the New Black), among many others. Variety describes it as follows: "An improv group loses the lease on their home theater at the same time that one of their cast members gets chosen for the biggest sketch comedy show on TV — leading to bitterness and backstabbing between friends when they realize that maybe not everyone’s gonna make it after all."

There's no doubt Darke has a lot of interesting upcoming projects, so be sure to mark your calendars.