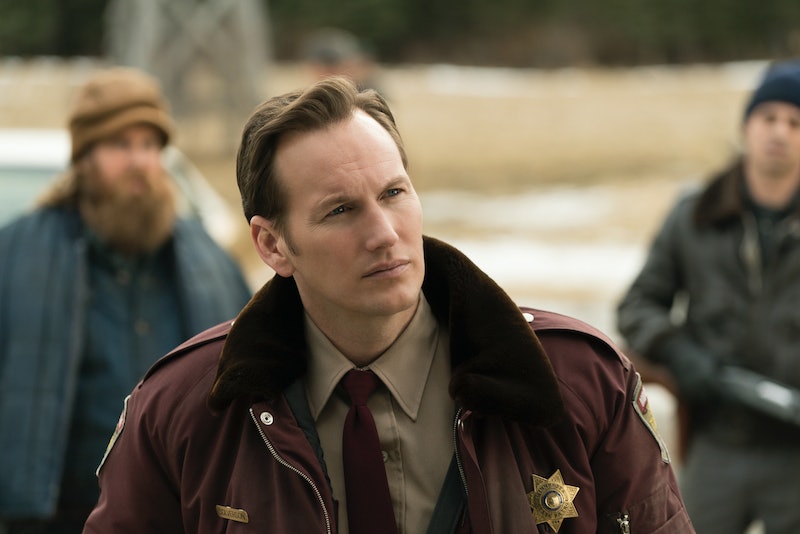 At the outset of the Season 2 Fargo premiere, we learned a lot about Lou Solverson, a character we'd knew relatively little about in Season 1. One of the revelations is that the police officer was a solider in the Vietnam war, something that came up again on Monday's episode. Lou was talking with a friend when his friend mentioned the war term FUBAR. Lou stopped his friend before he even had to explain — Lou knew what FUBAR meant, but I didn't. So, I had to Google it.

Turns out, FUBAR is a military acronym for "F*cked Up Beyond All Recognition," or, alternatively, "Repair." And, that's about all we know for sure. It seemingly originated in the 1940s in the military and could be used to describe everything from a soldier's state, to a broken machine, the war effort itself — anything that was particularly messed up without hope of being fixed. Some have claimed that it probably originated as shorthand for repairmen who had to report on the state of technology and developed the acronym to make their jobs faster and more efficient. Still others have speculated that the World War II origins of the word came from the German word Furchtbar, meaning terrible or awful.

It's not a very popular acronym outside the military, but, it is commonly heard in war films like in Saving Private Ryan and The Deep Blue Sea where Tom Hiddleston's veteran character gives the audience the definition.

Whatever the true origin, though, it's a pretty fitting term for basically everything that's happened in Fargo thus far.