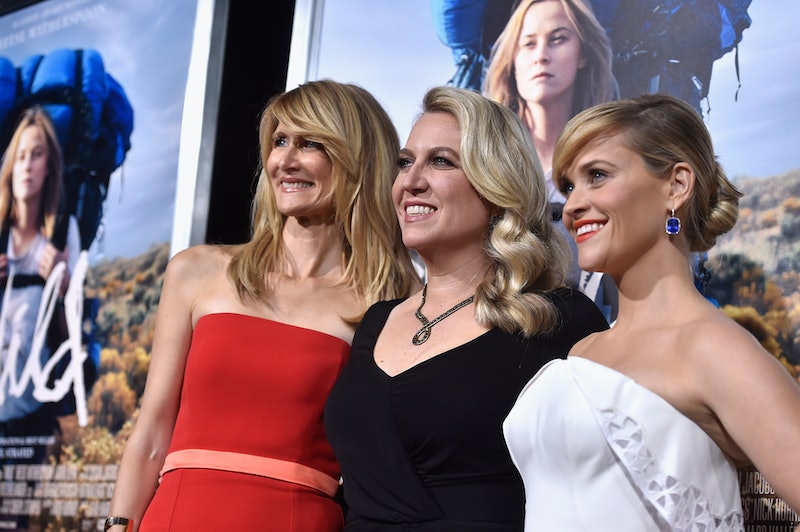 For Cheryl Strayed fans, long-devoted or new, there's good news: the Wild author is teaming up with collaborators and friends Reese Witherspoon and Laura Dern again to develop a new show for HBO. Dern and Witherspoon are producing a drama inspired by the Wild author, this particular project based on Strayed's collection of "Dear Sugar" advice columns Tiny Beautiful Things. But don't be too disappointed, Wild fans: however the show shapes up, it's sure to be one you will sob through. (Read the book first if you want to get a headstart on crying).

Deadline reported on Monday that Strayed, Witherspoon, and Dern sat down with HBO for a potential television show set in Portland based on Strayed's 2012 book, a collection of some of her best and most beautiful "Dear Sugar" columns that the 47-year old author wrote for The Rumpus from 2010 to 2012. Strayed and her husband, the filmmaker Brian Lindstrom, are developing the project along with Witherspoon and Dern, who will both executive produce the project. Strayed, a Portland resident, told The Oregonian : "It will be a drama with a lot of humor in it," Strayed said. "We're really excited about it." The newspaper also reported that HBO had confirmed the deal.

For fans of Wild who might be disappointed that the new series won't be the same soul-searching journey through the Pacific Northwest, well, boy, are you wrong, and you are in for the treat of your life. Longtime readers of Strayed's column know that her "Dear Sugar" advice is far more tender and vulnerable and intimate than Wild was, in many ways, because Strayed wrote the column anonymously for The Rumpus from 2010 to 2012 before she revealed her identity. She gave advice on life, love, loss, miscarriages, death, regrets, forgiveness, and her book Tiny Beautiful Things has been hailed as life-changing — especially for young women and especially, especially for young women writing.

The idea in development for the show would have Dern playing the character of the advice columnist, and a possible role for Witherspoon, though, as of now, she is only signed on to executive produce. Hopefully, though, she gets onscreen, because she beautifully brought Strayed to the big screen with Wild. Witherspoon might just be one of Strayed's biggest fans: she optioned Wild before it was even published.

My suggestion: read Strayed's column, or even buy the book Tiny Beautiful Things. The show will surely feel as intimate as Wild, with the same dream team of Strayed, Witherspoon and Dern, but there's something about the way that Strayed writes directly to the readers in the column that I'm afraid won't translate exactly to the screen. Then again, Nick Hornby did a pretty fantastic job of adapting that memoir: can someone get him on this project, please?

More like this
10 Must-Read New Books Out This Week
By K.W. Colyard
Reese Witherspoon Got Hooked On ‘Never Have I Ever’ After Son Deacon’s Debut
By Stephanie Topacio Long
Dr. Anna Pou Is Still Practicing Medicine After Facing Murder Charges
By Brad Witter
This New TV Show Revisits The Most Controversial True Story From Hurricane Katrina
By Brad Witter
Get Even More From Bustle — Sign Up For The Newsletter