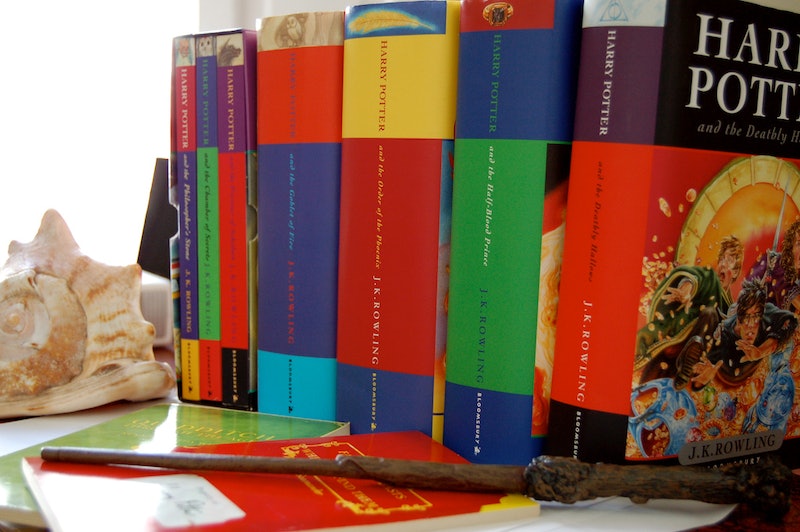 July 31 isn't just any average day for a Harry Potter fan; it's practically a holiday. Every average calendar marks the dates of significant holidays like New Year's Eve, Halloween, Christmas, and Easter. But for huge Harry Potter fans, you can always count on there being at least one important date pertaining to the world of HP per month. I know I can always count on my fantastic roommate — who has read the series more times that I can count — to make sure our favorite characters' birthdays are accounted for.

Not every date is happy, since J.K. Rowling didn't let all of her amazing and wonderful characters live to tell the tale, but of course, you already know that. And since the magical story of Harry Potter will never truly end — especially now that James Sirius Potter is attending Hogwarts — we all have to keep up with the Wizarding world calendar. So if you're wondering if there are any important Harry Potter related dates coming up, I've got you covered. From the tragic Battle of Hogwarts to the day the wise and lovable Hermione was born, here are all the dates you need to know as the truest Harry Potter fans:

June 17, 1996 — Death of Sirius Black, 2nd Wizarding War officially begins according to the Ministry of Magic

May 2, 1998 — Battle of Hogwarts, Death of Voldemort (and many other characters)

July 21, 2007 — Harry Potter and the Deathly Hallows Was Released

More like this
I've Read The Harry Potter Books 30+ Times & This Plot Hole Haunts Me
By Kelsey Stiegman
The Viral 'Little Miss' Franchise Is Focusing On Mental Health Next
By Darshita Goyal
'The Sandman’s Ending Is A Departure From Neil Gaiman’s Comic Book Series
By Kadin Burnett
10 Must-Read New Books Out This Week
By K.W. Colyard
Get Even More From Bustle — Sign Up For The Newsletter