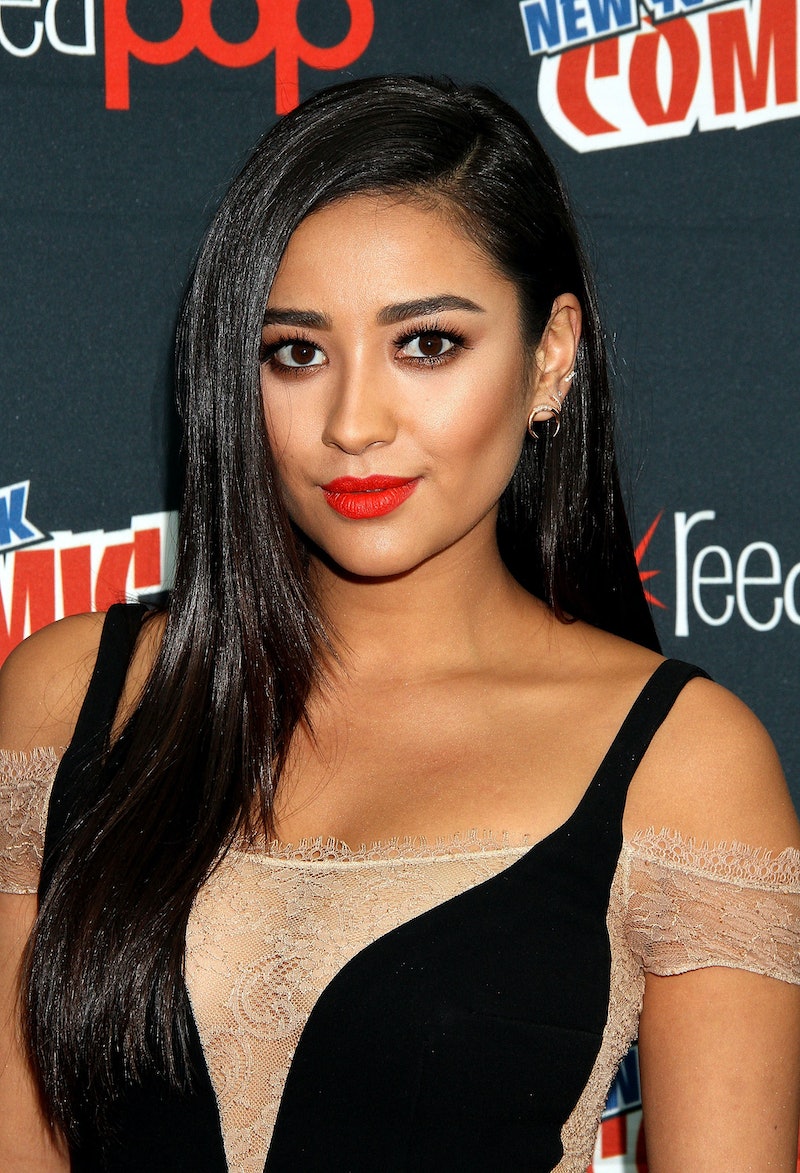 Pretty Little Liars is so much more than a show about characters living in the fictional town of Rosewood and being tormented by someone named A. The show is also recognized for featuring five amazing leads who are empowering young girls all over the world. This includes actress Shay Mitchell who plays Emily Fields. On Monday, Refinery29 shared an interview in which Shay Mitchell defined feminism in a way that shows it's not just about gender equality (the literal definition of the word) and in a way that will hopefully put a more positive light on the word that receives such criticism.

After being asked, "What does being a feminist mean to you?" she replied,

I think everybody can have their own definition of what that means. For me, it's about being strong and independent and really going for your dreams and not letting anything stop you.

Let's take a look at Mitchell's definition. Who wouldn't want to be associated with something that involves strength, independence, making your dreams come true, and fighting any and all barriers life throws your way? That's pretty powerful stuff right there. The actress definitely believes it, too. This isn't the first time she's showed off her feminist side and the fact that she clearly believes that women and men are equal. For example, in a July 2015 interview with SheKnows, she offered some wise words about women's careers. Mitchell said,

Honestly, think from back in the day when people thought that way — that women should be at home and the men should be working. It has changed so much. You know, there are so many women that are working now, and I feel like there's been a huge movement in that. Do I think it's all fair and equal as it should be? No, we definitely have more room to grow in that regard. But I do feel like it has gotten better.

Yep, Mitchell continues to be an inspiring role model. It's just wonderful to see the 28-year-old TV star is promoting feminism positively. As she told Refinery29,

It's so amazing now in this day and age all these women who are so strong, so powerful, are killing it in every single field they're in. I love seeing that.

If I could, I would give Mitchell a high-five at this very moment. It's great to know the PLL actress is using her fame for good and supporting women in amazing ways. When someone showcases that being a feminist is about both gender equality and being a strong and independent person, all while shining a positive light on the term, it's definitely something that should be recognized.

More like this
Sandra Bullock, Girlboss Extraordinaire
By Matt Harkins & Viviana Olen
Lydia Leonard Is Setting The Record Straight
By Olivia-Anne Cleary
Spice Girls’ Net Worth: The Richest Member Is Wealthier Than The Rest Combined
By Hugh McIntyre
How To Fight For Reproductive Rights, Based On How Much Time You Have
By Courtney Young
Get Even More From Bustle — Sign Up For The Newsletter