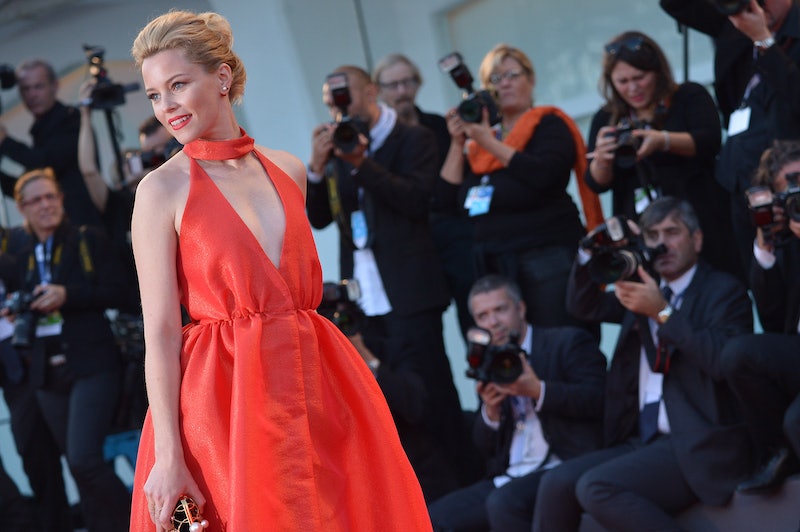 Exciting news for fans of a cappella and all things Pitch Perfect: It was officially announced on Tuesday that Elizabeth Banks has signed on to direct Pitch Perfect 3 , the upcoming third movie in the Pitch Perfect franchise. I, for one, am belting my heart out at the news, because Banks was crucial to making Pitch Perfect 2 as amazing as it was. Admit it: You’re just as relieved as I am that the gang’s all back for another edition of aca-awesome laughs, battles, and performances.

Banks joins a number of returning cast members who are already on board to star in Pitch Perfect 3: Anna Kendrick, Brittany Snow, and Rebel Wilson have all signed on to reprise their roles as part of the hit a cappella group, the Barden Bellas. In addition to the movie’s original stars and director, the third installment of the ever-famous Pitch Perfect franchise will be written by Kay Cannon, the writer of the first two films (in fact, she was the first person to sign onto project, even in its infant phase).

So, I’m even more thankful that so many of the franchise’s amazing stars have signed on to be apart of the third project. It’s not often that key cast members come back for a third round of filming, so I was seriously skeptical that the producers could pull this one off. But pull it off they did!

Banks’ big screen directorial debut was with Pitch Perfect 2, and she scored huge with its success. Since then she has reportedly been in negotiations to direct projects like Red Queen and Charlie’s Angels . So, you know this film is going to be even better than the second — with all of that additional experience behind her and the awesome cast of original ladies, I can imagine this film is going to feel like one big aca-love fest.

We’ll have to wait until more information is released to find out what the plot will be for sure, but until then I'll be biding my time and dreaming of acapella battles every night.