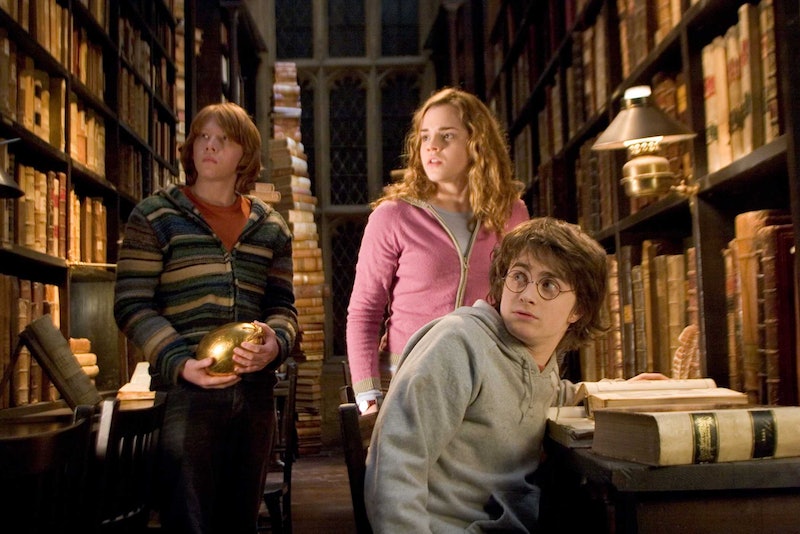 There is no feeling more universal among Harry Potter fans than the acute disappointment of never receiving your Hogwarts letter. But for those of us Muggles who will do whatever it takes for a second chance at getting into the magical world, a live action role playing (L.A.R.P.) group called New World Magischola is holding an event where you can attend Hogwarts as an adult. Well, rather, you can attend a school that is enchantingly similar to Hogwarts — and really, at this point in the game, beggars can't be choosers.

The event, held over a Thursday through a Sunday in mid-June of 2016, will have tickets available through a Kickstarter campaign starting on November 1. And here's a kick that'll start you: there are only 160 spots available. So hey, you can role play Hunger Games at the same time!

Although the exact location and dates are still unannounced, we do know that the program will be run with the assistance of Danish L.A.R.P.ing group Rollespilsfabrikken, which produced a similar wizard program called College of Wizardry earlier this year. Once within the school, students go through the whole nine yards — they choose what year they're in, which of the five houses they're sorted into, and what field they want to study. According to the site:

"You choose to follow one of five scholarly paths or majors: Cryptozoology, Healing, Artificery, Cursebreaking or the Path of the Marshall. You’ll take classes related to your major, and you can join a variety of clubs and extracurricular activities. You’ll live the life of a wizard in a magical world, with encounters with magical creatures, villains, and perhaps traitors in your midst.”

Tickets cost $375, which, granted, is a lot, but riddle me this: what on earth could you be doing with this money that's more important than this? Yeah, that's what I thought. (I'm sure our landlords will understand.)

More like this
'Bridgerton' Star Nicola Coughlan Confirms Season 3 Will Focus On Colin & Penelope
By Grace Wehniainen and Alyssa Lapid
Candice Carty-Williams’ 'People Person' Tackles Daddy Issues With Warmth
By Sam Rogers
Sadly, 'Fantastic Beasts: The Secrets Of Dumbledore' Isn’t Streaming — Yet
By Arya Roshanian
Akwaeke Emezi’s Romance Is *The* Book Of Hot Girl Summer
By Shahed Ezaydi
Get Even More From Bustle — Sign Up For The Newsletter