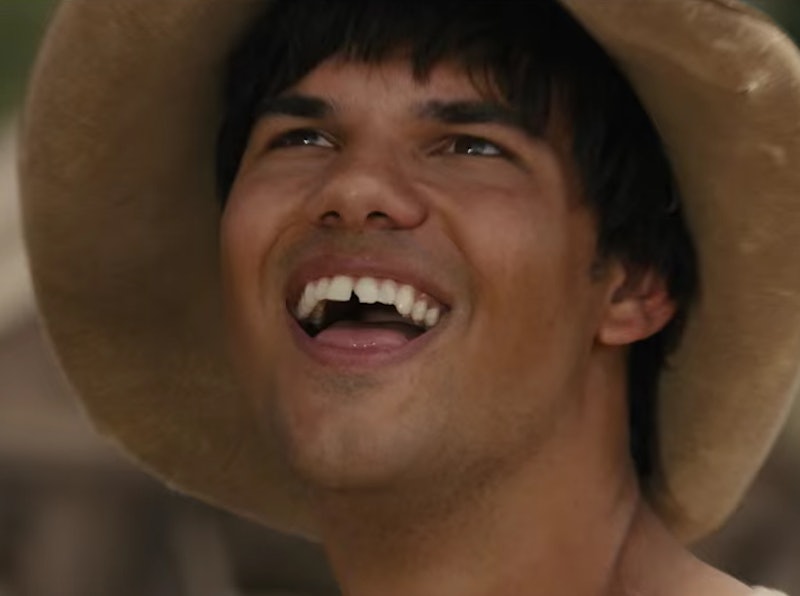 I've got good news and bad news. If you miss seeing Taylor Lautner on the reg since the conclusion of the Twilight franchise, the actor is back! However, you've never quite seen him like this before. Lautner is pretty much unrecognizable in the first trailer for Netflix's upcoming movie Ridiculous 6 . According to Just Jared, the movie centers on "Tommy 'White Knife' Stockburn (Adam Sandler), who when his long-lost outlaw father returns, goes on an adventure-filled journey across the Old West with his five brothers."

While the movie doesn't land on Netflix until December 11, you can catch the first trailer for Ridiculous 6. In case you aren't sure if the movie earned its title, just soak in all the ridiculousness for yourself.

OK, this is also really cool.

2. This Shot Of Taylor Lautner

4. When We Meet White Knife

This gives a pretty good idea at what we can expect.

He makes it look so easy.

8. This Romp In The Water

No idea what's going on here, but it definitely fits in with the ridiculous theme.

So many huge stars.

11. Once Again, Our Unlikely Heroes

They're about to shake up the Wild West.

You can catch Ridiculous 6 when it hits Netflix on December 11.