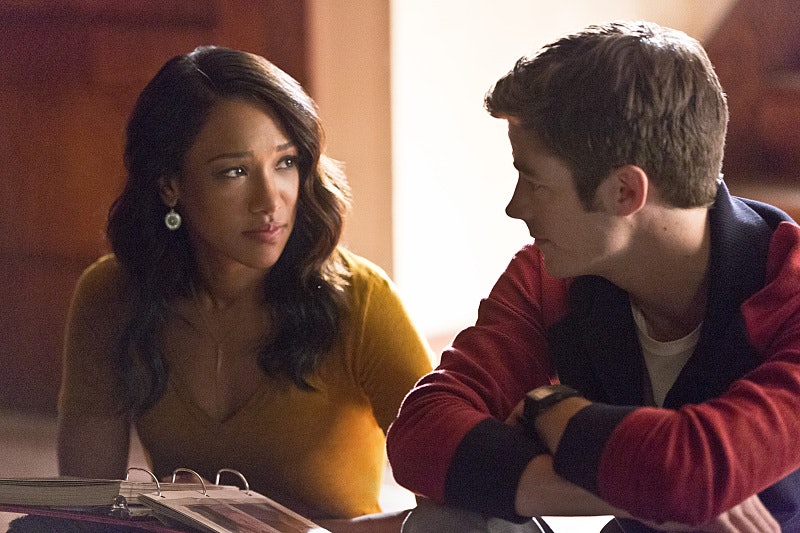 Usually it's Barry who's having the worst time on The Flash . In Season 2, however, the tables have turned and now it appears as if Iris West is getting the short end of every stick. First, her fiance, Eddie, sacrifices himself to save Central City and the world. Then, as if things aren't confusing enough for her as it is, her long-lost mother returned home, looking to patch things up. And now, on top of that, Iris has discovered she has a brother out there. This is enough family drama on The Flash to last all season, let alone the first four episodes.

When she was young, Joe told Iris that her mother passed away. When Iris learned the truth, that Francine actually left them and Joe lied, she was upset, but understood that her father was trying to protect her. That long lie didn't drive a wedge between Iris and Joe, because they're the best father-daughter team ever. After some convincing, Iris agrees to meet with her mom, however, it doesn't go so well. But instead of leaving right away, Mrs. West sticks around to tell Joe that she's dying and only has until the end of the year to live. Joe relays this information to Iris, who agrees to meet with her mom again.

But not before she's done a little bit of digging. Iris, with her investigative reporter skills, manages to dig up that eight months after her mom left Central City, she gave birth to a baby boy. Iris is quick to ask if Joe is the farther of the baby, but Mrs. West doesn't answer. Honestly, I don't think Joe is the father. I feel like he would have stumbled upon that fact himself by now, and I really feel that Mrs. West would have admitted that to him, especially now that she's back in Central City and trying to reconnect with her daughter.

That means that another man out there, likely in Central City, is the father of Iris' half brother. This is probably really important, so now it's time to speculate as to who that could be. The first person that comes to mind is Harrison Wells (from Earth 1, obviously). Another huge twist would be if Barry's dad, Henry, somehow turned out to be the father of the baby. I know that's super far fetched, but Henry did get out of Central City pretty fast once he was released from prison.

Right now, it's all just speculation, but clearly this is something that's going to carry over the whole season. Iris has already managed to dig up this much dirt on her mom, so who knows what she's going to turn up next.