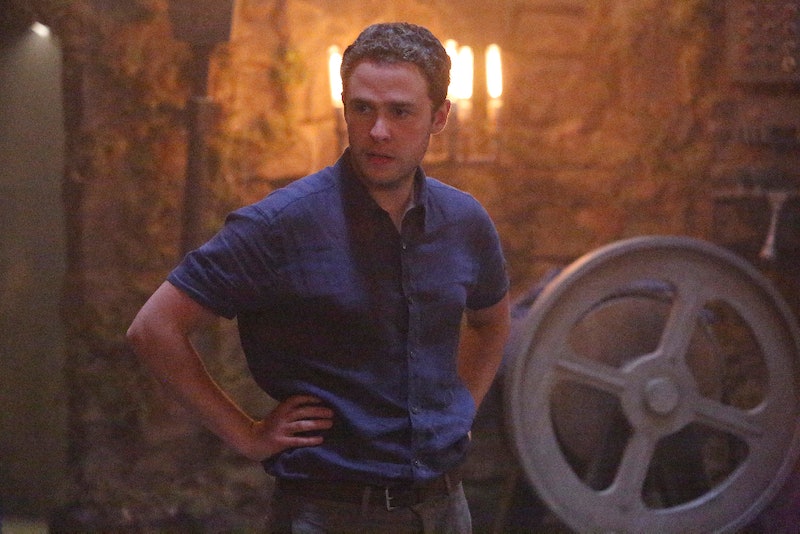 I can't act like I didn't see this coming, but it still hurts that the Good 'Ship Fitzsimmons has hit murky waters once again, potentially. During her stay on the blue filter alien Death planet, Jemma met and became close with a fellow survivor named Will Daniels on Agents of S.H.I.E.L.D. ... and their relationship may or may not have become romantic. Stoically, after hearing the story, Fitz agreed to help Jemma return to the planet so that they could find and rescue Will. This situation is emotionally complex for both of them and it's breaking my heart. Why can't FitzSimmons catch a break?

Granted, it's still the right thing to do. No matter how Jemma's feelings for Will compare to her feelings for Fitz, or how jealous Fitz may be, they can't leave Will to die. However, what's going to happen when they find him? It almost feels intrusive to speculate at this point. It's bittersweet that Fitz agreed to help her after that disappointment. Though, considering how much Simmons was talking about Fitz before they started making out, I have a feeling that both Will and Leo will feel like the other has a stronger connection with Jemma if they're ever in the same space together. Hopefully they'll take Bobbi or someone along to mediate.

It's not like this is the first time that Fitz or Simmons has had eyes for someone other than each other. Fitz had a major crush on Skye in Season 1 (I shouldn't have to call her Daisy if it was that long ago) and Simmons was super into Triplett when he joined the team. Not the mention all of the folks who 'shipped Simmons with Skye, Fitz with Mack, and anyone with Ward. I don't blame Jemma for kissing and presumably sleeping with Will, or whatever else happens when cots are pushed together. Maybe they were holding hands and whispering equations or delicious recipes back and forth. It was an intense environment and human connection was hard to come by.

But this wasn't an unrequited situation with Jemma or Fitz. Their feelings were mutual, finally getting somewhere, and I'm sad that more obstacles have appeared. Hopefully everything will work out over the course of Agents of S.H.I.E.L.D. Season 3.