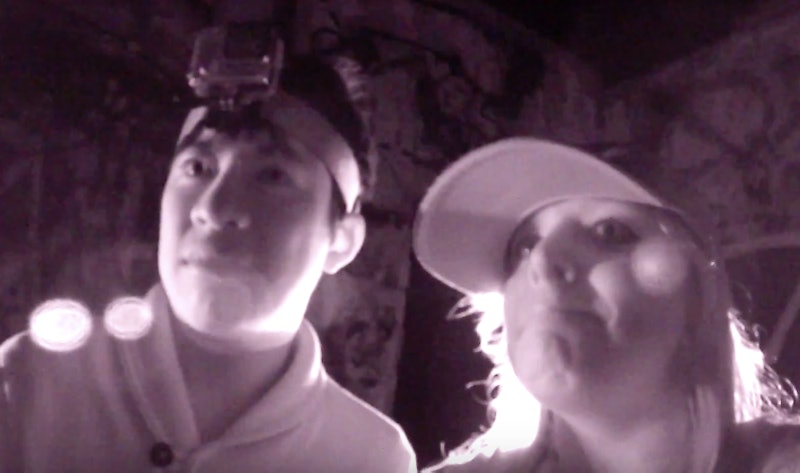 What happens when you rally a group of superstitious people and go ghost hunting in an abandoned asylum? Either a lot, or a little, depending how you look at it. Skeptics are more likely to brush off unfamiliar noises and cool breezes as perfectly non-paranormal occurrences. Believers, however, are likely to jump and squeal at sounds and changes in temperature. People only get hyper-sensitive to changes around them when they're told that something's there. If you're sitting in your living room and you feel a chill, chances are you'll chalk it up to a draft. You're not going to mute the TV and ask the spirit world "Who's there?" unless you're really superstitious. But if you're sitting in a living room that you've been told is haunted, anything that happens will be attributed to the haunting. Ah, the power of suggestion.

We see ghost hunting shows on TV all the time. There are dozens of programs dedicated to unearthing the world's paranormal activity while simultaneously promoting the business of the featured ghost hunting company, of course. What we don't see is all of the intense editing and selective portrayal of the participants in post-hunt interviews. So what's cool about this video is that we get the real reactions without the manipulative editing.

Chances are, even if you're not superstitious, you'll get a few goosebumps watching the frightened faces of the participants under the infrared night cam footage. Here are a few highlights.

Why are we doing this?

Seems like a fun idea until the reality of the matter sets in. "Oh, we're going to an abandoned asylum in the middle of nowhere and there's no cell reception? OK."

Once they got there, they had to turn off all of their lights and stand around in the pitch black. Sounds like fun, right?!

There are noises, there are cool drafts, there is radio interference, possible voices. Everyone is having a grand ol' time!

After all was said and done, the participants had mixed feelings.