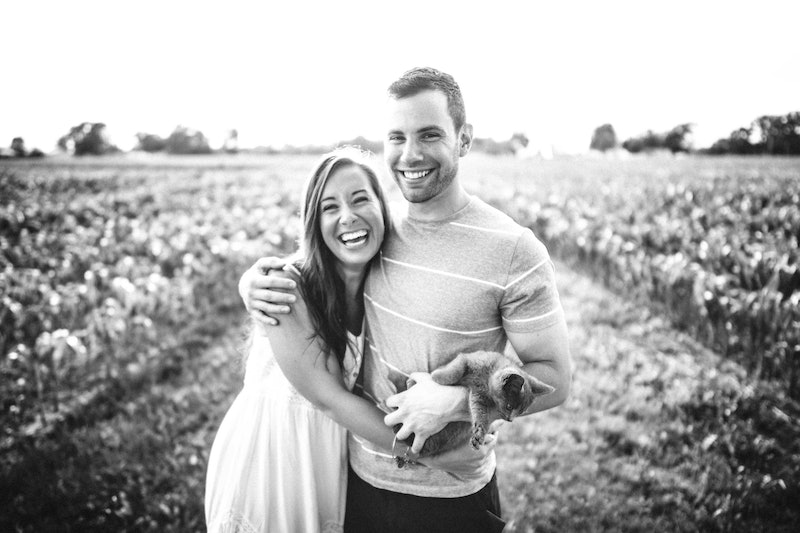 I would argue with little doubt that people from the United States enjoy hugging and being consensually and affectionately hugged and touched, unlike our counterparts over in Britain (or at least, that's what Princess Diaries taught me). Researchers at The University of Oxford and Finland's Aalto university wanted to go beyond speculation and find out if assumptions and stereotypes about cuddliness were true, so they set out and found the cuddliest nationalities in Europe. So now you know exactly where to go look for a bae.

In order to find this data, the researchers surveyed 1,300 people from Finland, France, Italy, Russia, and the UK who were asked to talk about where strangers, friends, family members, and romantic partners were allowed to touch them. The researchers then compiled a heat map of male and female bodies and showed where they believe certain people should be allowed to touch them, where they absolutely cannot touch, and "taboo zones." Of course, most people marked the genitals and breasts as untouchable by family members, and male subjects were generally less forgiving about touch than the female subjects were.

Here are some other things the study found about touching in European countries.

1. People From Finland Are The Cuddliest

Finnish people reported that the higher their emotional bond, the more comfort they feel with touch. The same can be said in reverse: the more touchable a person is, the more likely it will be for an emotional bond to develop.

2. People From The UK Are The Least Cuddly

Even in serious romantic relationships, men are less comfortable being touched all over their bodies than women are, especially on their backs. Women are also more lenient about where family members touch them.

4. There Weren't Significant Cultural Differences In The Study

More like this
9 Alternatives To The 3-Day Texting Rule In Dating
By Ginny Hogan
How To See The Lunar Eclipse On May 15-16, 2022
By Kaitlyn Wylde
How To Fight For Reproductive Rights, Based On How Much Time You Have
By Courtney Young
How To Use The Crying Filter On Snapchat, TikTok, Instagram & More
By Emma Carey
Get Even More From Bustle — Sign Up For The Newsletter