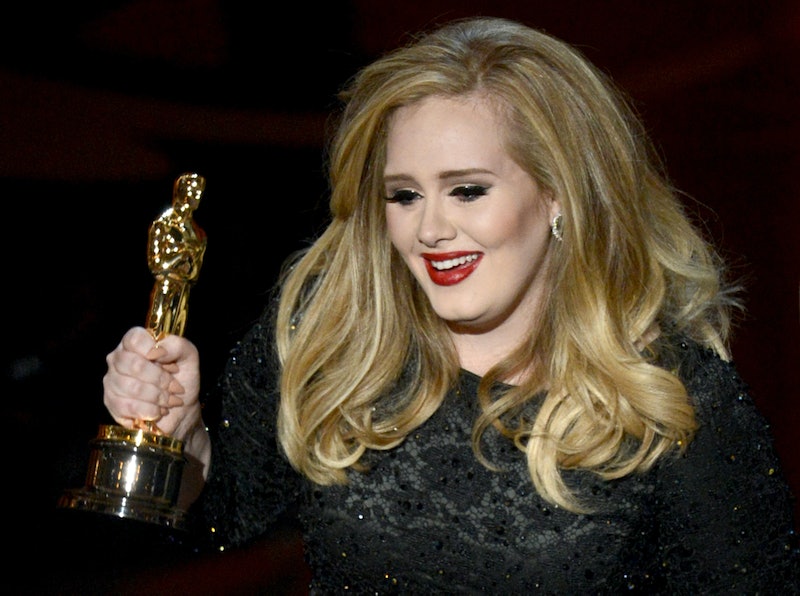 Finally, after what seemed like an endless hiatus, Adele is back with her first single, "Hello," from her upcoming album, 25. I am ecstatic and I am thrilled, anxiously awaiting the other inspired and heart-wrenching songs that will soon be in my rotation. While many people might be wondering who on Earth she could be talking about in "Hello," sources have claimed that it is definitely not about Adele's current long-term boyfriend, Simon Konecki. Although they are very private, Konecki has been by Adele's side throughout some of the most important events of her career and they are adorable together.

Konecki and Adele seem to have been together since around 2011, and since then, have remained very low-key about their relationship, including having a child together, Angelo. I don't know about you, but I prefer that the 27-year-old only speaks out about her relationships in her music because... her music. It's so good! The 41-year-old has been involved in various charities and business endeavors, and it seems like he is just as successful behind-the-scenes as his singer girlfriend is in front of them. Despite some heartbreaking songs that are sure to be on 25, it sounds like Adele has nothing to be sad about in her relationship with Konecki.

Here are a few photos that show Konecki is always by his girl's side, even if they're not often in the spotlight.

During the biggest night of her career, Adele won SIX Grammys and Konecki was there to support her the entire way through.

All Smiles At The 2013 Grammys

When attending nerve-wrecking awards shows, it's nice to have your boo by your side.

Festing It Up At Glastonbury

A couple who goes to musical festivals together, stays together. It gets a little wild out there. (For the record, he's the one in the front.)

Look at those massive smiles! Again, this was at the 2015 Grammys.

Even though we might not see them together often, it's obvious that their love is real as she steps into another exciting new year of beautiful music.