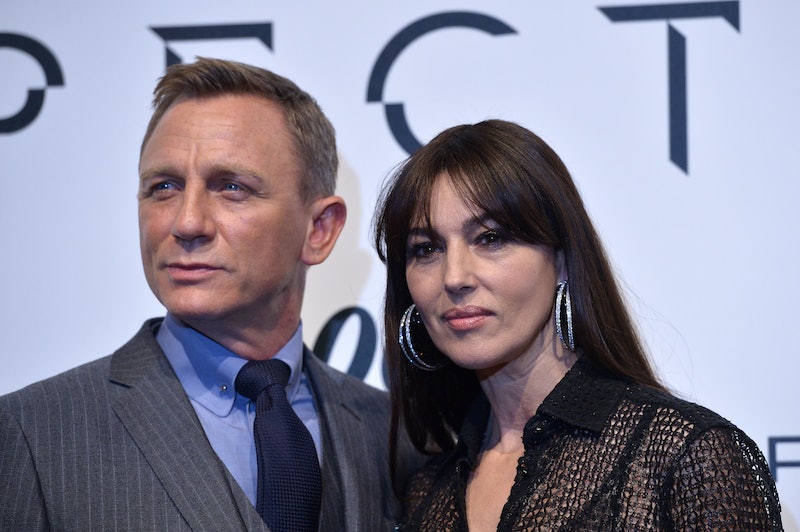 In the lead up to the release of Spectre, a lot of important questions have been asked of the filmmakers. There have been so many opinions about whether the next James Bond (presuming Daniel Craig won't make more Bond movies - he might!) should be played by an actor or actress who would shed the stereotypical image we all have of James Bond, as male, white, and a bit of a misogynist, really. Wouldn't it be great if the next Bond was a woman? Or if Idris Elba was our next James Bond?! When he was mentioned as a possible candidate, it seemed like the best day ever had arrived. But the mere mention sparked debate, which is why it's refreshing to hear Daniel Craig oppose the outdated views of so many people.

Craig has been giving a lot of interviews to promote Spectre, and one thing has become abundantly clear — Daniel Craig is a feminist! When asked by an interviewer at the Red Bulletin what it was like, "succumbing to the charms of an older woman," in reference to Monica Bellucci's role as a Bond girl in the film, Craig shut them down. "I think you mean the charms of a woman his own age. We’re talking about Monica Bellucci, for heaven’s sake. When someone like that wants to be a Bond girl, you just count yourself lucky!"

Further to Craig's statement, which is totally refreshing in an age when actresses like Emma Stone are playing the onscreen love interests of actors twice their age, other cast members have been giving interviews which rebrand the Bond girls as something much more awesome. In an interview with The Sunday Times Style Magazine Monica Bellucci confirmed how revolutionary it is to cast a woman of a similar age to James Bond as the love interest when she said, "I'm not a girl, I'm a woman, a mature woman." TOO RIGHT!

Daniel Craig's interviews continue to be feisty, brilliant, enlightening, and, for a film of this calibre, unexpected. Talking to Red Bulletin, Craig also called James Bond a misogynist. As the lead in such a major franchise, it's interesting to hear Craig rebel against the standard in this way. The fact that questions of misogyny are finally being addressed, with the release of the 24th Bond film, is both ridiculous and brilliant. Should it have happened sooner? Definitely. But Daniel Craig has not disappointed so far in interviews, and long may it continue.