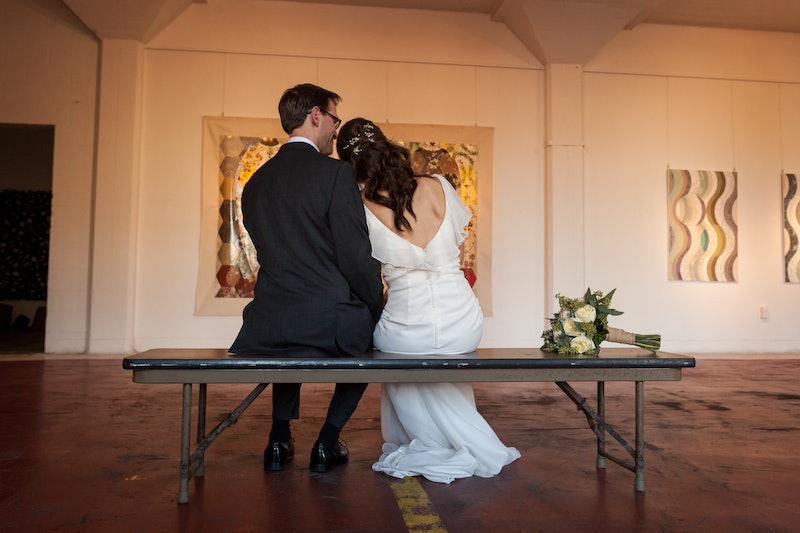 When I first met Jeremiah, I liked to listen to him talk. He used words like “reckon” and spoke with a slight southern drawl. He told stories about working tobacco fields and Walmart’s third shift, of eating squirrel for dinner and living out of a car. He said it was just how things were in Trimble County, Kentucky.

Jeremiah never had the chance to play little league, take an art class, or visit a playground. As a kid, he spent a lot of time brooding, entertaining himself by building pipe bombs in the woods, and preaching about fire and brimstone to anyone who would listen. He routinely yelled at an old man in his trailer park for drinking; they became friends when the man offered him cough drops. They tasted like candy, Jeremiah said.

Popular movies and mainstream music were forbidden in his home; he was raised strictly Pentecostal (he considers himself agnostic now), instilled with an intense fear of God. His church’s leadership, which encouraged rituals involving snakes and speaking in tongues, discouraged asking too many questions and downplayed the benefits of education. Everything you need to know is in the Bible, they told him. No one in his extended family attended college. No one in his immediate family graduated high school.

Jeremiah was not the person I expected to spend my life with. I was raised Jewish, in a community where education was valued first, in a family where debates and thoughtful inquiries were rewarded with praise.

Part of me did wonder if this was some trick I was playing, some twisted desire to set myself apart by becoming involved with someone so unexpected. Trailer parks! Squirrel brains! Government assistance!

For years, I searched for someone like me, a soulmate who could fill in my gaps with small patches of reinforcements. Someone who could identify the obscure novels I was missing from my bookshelf, anticipate my sentences, and cater to my dry sense of humor. A man with an extended family that would send me pictures and links to articles they knew I’d appreciate — new siblings, parents, and cousins to supplement my own. I knew from the start that Jeremiah wouldn’t be able to meet those expectations. But on our first meeting, a blind date, it was his difference that drew me in.

“You’re an impressive woman,” he said that night.

It was true, at least on paper (respectable college, grad school, solid job), but after meeting him, I felt I was only following expectations, pursuing a path that had so clearly been paved for me.

Jeremiah, on the other hand, was homeless in at least one phase of his childhood, had to work by the age of 12 to help support his parents, and endured dumbfounded questions when he insisted he needed to go to college. He was an angry kid, he says, desperate to find another way, even after his teachers told him "nobody gets out". He ended up with a PhD in Neuroscience.

“You’re the impressive one,” I said.

I fell for his story, for his determination and stubborn will to survive and thrive, to become more — and of course, for his dimples and kindness, too. It was exciting to meet someone from such a different world, to find myself almost bragging to friends about all he had overcome. Part of me did wonder if this was some trick I was playing, a twisted desire to set myself apart by becoming involved with someone so unexpected. Trailer parks! Squirrel brains! Government assistance! I recognized how patronizing it was, how easily it discounted his depth of character, but I couldn’t help feeling it.

On some level, I suppose it was my way of justifying our relationship. After years of dating, I was at the point where I wasn’t sure I needed a partner at all. I enjoyed my independence, strong friendships, and even solitude at times. I was in no rush to sacrifice that — certainly not for someone who didn’t meet my preconceived requirements.

When I first introduced him to one of my friends, she asked if I was sure about him. He didn’t register our references to Seinfeld or pop culture nostalgia, and he was a little quiet. Especially when we talked about our families — planned visits, graduations, birth announcements, weddings — he didn’t have a lot to say.

Family bonding for Jeremiah involved firearms: no ear plugs, safety locks, or designated shooting ranges. In my house growing up, even toy guns were off-limits. I’d never seen a real one until Jeremiah unpacked his boxes to move in, unwrapping three that were stored in old blankets.

They’re sentimental, he explained. The only secular reading material he could find as a kid came from gun catalogues, so he became an expert of sorts, using his knowledge to connect with his dad. It was one of the only ways they had to communicate.

After Jeremiah left home, he went months without talking to anyone from his town, years without a word to his mother. In his family, conversations weren’t an expectation.

He hadn’t seen his parents in about three years when I met them for the first time. Holidays and birthdays were never especially important to his family, and once he moved away, he was so busy with school and work that he hadn’t found the time to go back. Neither of his parents had ever been on a plane.

On the plane ride to Kentucky, I thought of the night Jeremiah met my mother, how she gave him a hug, poured him a glass of wine, and asked him to talk about himself for hours. I imagined how my Dad, if he were still alive, would have tried to fatten him up with chunks of cheese and handfuls of nuts, how the two of them would have waxed philosophically for hours over a bottle of scotch and the topic of religion.

When I asked Jeremiah what he thought of my mother, he said she seemed nice. But he also said he’d learned not to put too much stock in other people’s families. He didn’t bother to shave or change for dinner for their first meeting. Making a good impression hadn’t occurred to him.

“I was just focused on building the bond between us,” he said. He advised me to do the same when it came to his parents, to keep my expectations low.

I took a deep breath before entering his mother’s trailer.

No hugs were exchanged during introductions. The television stayed on as we struggled to make conversation, trying not to inhale the secondhand smoke. Talk revolved around the frigid weather, frozen pipes in the bathroom, and our long flight. Nobody asked many questions.

Still, when we got up to leave, his mother, who wasn’t around much when Jeremiah was growing up, seemed saddened. She searched for something to give us for the trip back and found an orange next to the refrigerator. When she offered it to us, we were both moved by the gesture.

“I always want to have a real conversation,” Jeremiah said as we were pulling away. “It just never seems like the right time.”

How could I simultaneously love him for transcending his roots and yet somehow fault him for them?

The snow started falling on the way back to our hotel, and by the time we got there, the roads were treacherous. We were trapped in our room for the rest of that weekend, but we used it as an excuse to wrap ourselves in blankets, drink bourbon, and eat derby pie. When we were alone, it was easy.

Yet on the plane ride home, I felt further away from him. I slept most of the way back, and for the next few days, I didn’t really feel much like talking. It wasn’t fair. His family had been perfectly nice, and he’d never lied about where he came from. So what was my problem? How could I simultaneously love him for transcending his roots and yet somehow fault him for them?

It took me a while to realize I was mourning a loss — of celebratory gift exchanges, of boisterous family dinners, of generations of children growing up together. I needed time to let go of those images of my in-law family, and a piece of me resented the fact that I had to. Family, for me, as dysfunctional and discordant as it could be, had always represented a measure of comfort. Even on the most demanding days, obligation was overshadowed by a sense of support. We were there for each other when it mattered — pushing aside uneasiness and inconvenience to be present for the celebrations, the challenges, and the sorrow. Family ultimately provided a degree of understanding, and perhaps most valuably, of security.

But Jeremiah had grown up with an entirely different conception of the word. So what would that mean for us? I wasn’t sure.

And then one day, we were sitting on the couch as we normally do after a long day, decompressing. He put his arm around me, and I registered how comfortable I felt, how pleasant it was to simply sit beside this man without having to say a word, with the sole expectation of resting my head on his shoulder.

“Being beside you is my favorite place to be,” he said. I took a moment, and I scooted closer, finally grasping that my focus had been misplaced.

I had squandered years searching for an extension, or perhaps even a mirror of myself, when all I really needed was someone who wouldn’t allow me to get stuck in greeting card fantasies or false illusions, who couldn’t afford to take simple pleasures for granted, who could bask in the contentment of sitting on a warm couch quietly.

Jeremiah’s parents didn’t attend our wedding, though his sister was able to stream the event from a computer he sent her. She sat in the front row, virtually right alongside my siblings. At the end of the evening, after all the guests had left, we both declared it the perfect night. Because in the end, when we looked at each other, we realized it was just us.