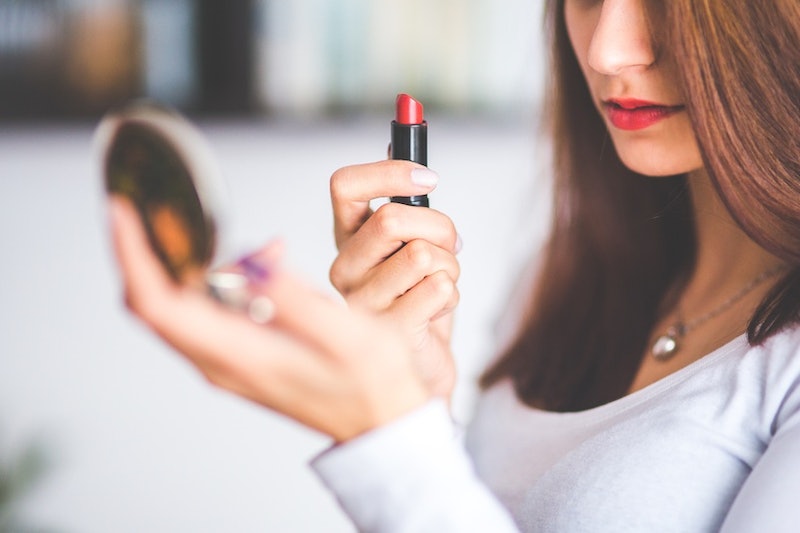 We have a cultural fascination with successful people. Where some aspire to social obedience, or familial loyalty, or spiritual enlightenment, we strive for self-fulfillment. So we have invested interested in dissecting the nature of people who have already made it. We study their habits, mimic their routines, listen to the words of advice they'd give themselves, hoping it can shed light on what's holding us back from our personal growth.

Whether just pervasive stereotypes or actual insights into some more evolved way of being, we know that there are a few essential things successful people typically swear by. Among the rigid routines, visualizations, positive reinforcement, and grounded, almost masochistic drive to persevere, is a simpler, yet oddly common, take on sartorial choices that everybody from Barack Obama to Vera Wang to Steve Jobs claims to abide: the use of a personal uniform.

Yes, you read that right: wearing the same thing, every day.

The idea seems interestingly on-board with the newly flourishing minimalist movement which, despite criticism, is more than just an aesthetic on Pinterest. It's a call to remove the clutter from your life, in every aspect of your life. It drives home the same idea that the people who wear "personal uniforms" adhere to: it's not about erasing the personality out of your personal life; it's about removing the (already unwanted) excess, and focusing on what actually matters.

So it's not about just wearing a white T-shirt and jeans because you're trying to make yourself an amoeba-humanoid-bot of a person. It's choosing to wear a white t-shirt and jeans because you absolutely love that white t-shirt and you're most comfortable and confident in those jeans, and you don't have the time nor the desire to fuss with anything less satisfying because honestly, you have other things to create.

It may be a trait of the eccentric, strangely particular and wildly successful entrepreneur, but as someone who has gotten on board with my black skinny pant and black (cashmere!) sweater routine, I'm here to say that if you're interested, it's probably worth the try. Here are a few reasons why.

(Please note this *flashing, bold disclaimer.* This isn't for everyone, it's just some perspective for those who want to give it a shot.)

Wearing The Same Thing Each Day Coheres An Idea Of "Protagonist" In Your Mind, The Way Children's Book Characters Do

What you wear is very closely tied to identity. If the identity you are more strongly trying to embody is that of someone who achieves what they want, take a cue from the picture books of your childhood, and the strangely genius illustrators who knew that what the character wears contributes to a huge part of how the reader thinks of them. Imagine: you are the character, and you're also the reader. (Whoa, inception.)

There's A Psychological Phenomena Called "The Paradox Of Choice," And It Tells Us That There's A Direct Correlation Between Having Fewer Choices And Overall Happiness

The reason why this theory, penned by Barry Schwartz back in 2005, struck such a chord with people is because our entire collective, social belief system revolves around the idea that the more opportunities, the more choices, the more we have to pick from, the happier we'll be. However, research tells us this is absolutely not the case. We too often experience remorse for what we could have, and it reinforces the idea that happiness comes from seeking something else rather than quite simply just "making the best" of whatever's in front of you.

You Only Have So Much Energy To Expend During The Day — And The Little Choices, Believe It Or Not, Quickly Suck Up A Lot Of It

Barack Obama has gone on record saying that he doesn't choose what eats or wears, simply because he has so many other important decisions to make, he needs to be certain that his energy and focus are going toward the things that matter.

Many Big Name Fashion Designers — Vera Wang, Michael Kors, Carolina Herrera — Wear Personal Uniforms Because, In The Words Of Herrera Herself: "Elegance Isn't Solely Defined By What You Wear"

The name of the game is personal style, not up-to-date with fashion. It's the consistent expression of who you really are that's powerful, not how quickly you can adhere to a trend. Being "fashionable" rather than "stylish" is just a race to see who can be the least themselves the fastest.

What's the appeal of consistently seeking out the newest, beautiful thing to add to your wardrobe? What's the interest in spending tons of money, laboring over how to put yourself together? It makes you think you are different, because you appear to be. But successful people don't cover or run from the things that make them set apart in the first place. They focus on them, and wield them to their benefit. It's not that they deny themselves the pleasure of expressing who they are through clothing, only that they are more intentional about it.

Successful People Are Often Characterized As Being Eccentric, Social Outcasts, But It's Not That They're Different From Others — Just That They Care Less About Pretending To Be Otherwise

Most people would prefer a small wardrobe of clothing if it could guarantee them the same feeling that having a lot of things would: comfort with who they really are.

More like this
Bustle Newsletter: June 27, 2022
By Hayley Schueneman
Why You're Seeing Green Bandanas At Abortion Rights Protests
By Lexi Inks
How To Come Out Online, According To Trevi Moran
By Melanie Mignucci
12 Androgynous Outfit Ideas That Feel Effortlessly Cool
By Syd Stephenson
Get Even More From Bustle — Sign Up For The Newsletter