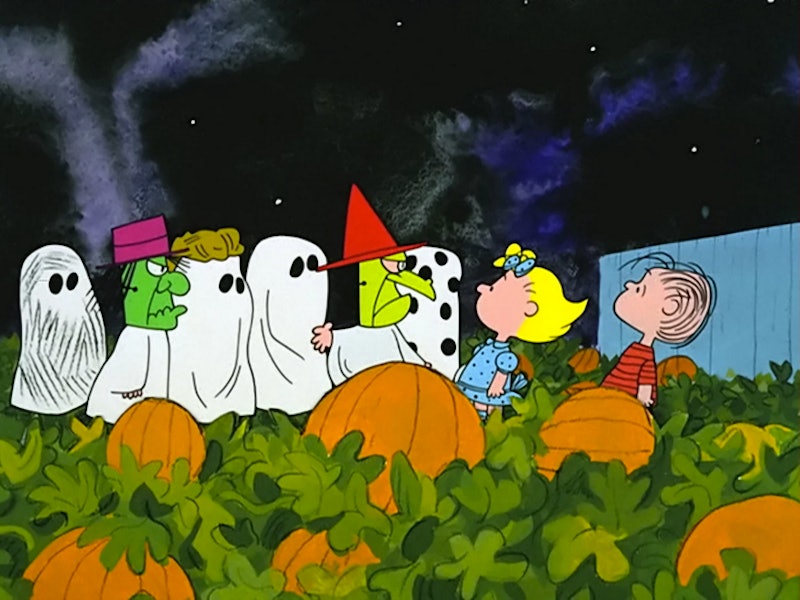 While trick-or-treaters of Halloween past and present have all enjoyed the Charlie Brown classic, the memories of the film are accompanied by the crisp smell of autumn and taste of Halloween candy. And, if you were a ‘90s kid, you probably remember kicking back with It's the Great Pumpkin, Charlie Brown and eating these 12 Halloween candies.

OK, I know this question has been asked many times before, but does anyone actually like candy corn? Though, I am partial to the pumpkin-shaped variety, it's just cuter.

No surprise here, wax fangs just sort of tasted like wax and made you drool. But, it was fun to be able to eat part of your costume.

Remember how, the candy buttons would have little bits of paper stuck to them. *nostalgic sigh*

I know these are still around, but they have bells and whistles now. I remember a simpler time when there were only a handful of flavors and novelty in that the red ones looked like tongues.

Caramel apples are a fall favorite, and so are Caramel Apple Pops.

They were just so painfully sour.

This was worse than getting raisins.

Grouped together because these were, by far, the most common pieces in your haul. You had enough to last through the New Year.

If It's the Great Pumpkin, Charlie Brown and throwback Halloween candy isn't enough nostalgia for you, I leave you with this.