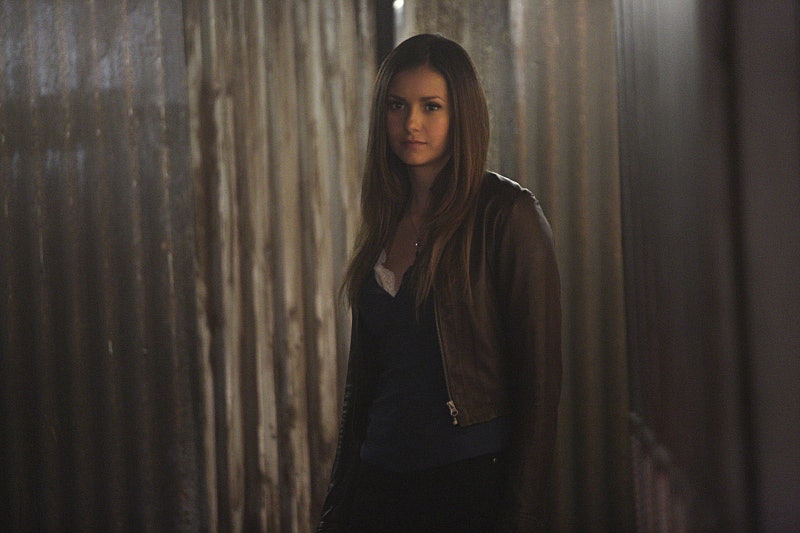 I'll admit that when news first broke that Nina Dobrev was leaving The Vampire Diaries after Season 6, I was extremely concerned for the fate of the show. I mean, how many television programs would survive if their main star just up and vanished from our lives? It can be seen as an enormous risk, and yet it seems as though The Vampire Diaries Season 7 has only continued to thrive. In fact, in many ways, it's returned to the way it used to be back in the early days. (Well, except for the fact that Mystic Falls is pretty much a graveyard town at this point.) But aside from that (and those pesky, not-so-threatening Heretics), the focus has shifted back to our core Salvatore brothers as they (like us) try to figure out how to live in a world without Elena Gilbert.

Sure, it's not an easy task to accomplish, but I'm growing more and more confident by the day that TVD has the strength to keep us watching for many more years to come — no compulsion necessary. That being said, I'm sure there's still a select few of you out there who aren't quite as confident as me about the show's continued survival, which is why I've come up with a list of reasons for why TVD is just as strong as it ever was. For example…

1. Damon Is Back To His Bad Self

OK, so he's still not exactly back to the big bad vamp that he was in Season 1, but at least he's a lot less lovelorn right now. Don't get me wrong, I was (and still am) a major Delena supporter, but I can't deny how much I've missed seeing the more reckless/dangerous side of Damon. So seeing him back to his old ways feels a lot like welcoming back an old friend. An extremely hot, old friend.

2. Other 'Ships Can Take Center Stage

With Delena constantly in the spotlight, it was hard for other budding romances to get their day in the sun. (Figuratively speaking, of course.) So now that Damon and Elena are temporarily on the back burner, it's allowed Steroline and perhaps eventually Bamon (?) to take center stage, at least for the time being.

3. The Flash Forwards Are Wonderfully Compelling

Unlike any other season before it, Season 7 has introduced two different timelines to its viewers: one depicting the events taking place in the modern day, while the other offers glimpses into where the characters will be three years from now. It's confusing. It's exciting. It's the most intrigued I've felt since the Mikaelsons first came to town.

4. Caroline & Bonnie Get More Screen Time Than Ever

As much as I loved what Elena brought to the show, I'm loving how much bigger of a role these other fantastic actresses are getting to play now that the writers don't need to have everything gravitate toward Elena. These ladies deserve some time to shine.

5. Elena's Gone, But Not Forgotten

So far the series has done a fantastic job of acknowledging Elena's absence while still feeling like it's standing on its own two feet. It'd be wrong if the characters never mentioned her. She's still at the forefront of everyone's mind, but she's not the driving force propelling the story arcs forward. It's a delicate balance, but one that TVD is handling beautifully.

What more could a girl ask for in a show, amirite?

More like this
Will Vampire In The Garden Get A Season 2? What To Know
By Kadin Burnett
Everything To Remember From 'Stranger Things 3' Before Watching The New Season
By Gretchen Smail
The 'Grey’s Anatomy' Season 18 Finale Might Have Had A Sneaky April Easter Egg
By Grace Wehniainen
50 Years After Creating Her Alter Ego, Angelyne Is Still Driving That Pink Convertible
By Gretchen Smail
Get Even More From Bustle — Sign Up For The Newsletter